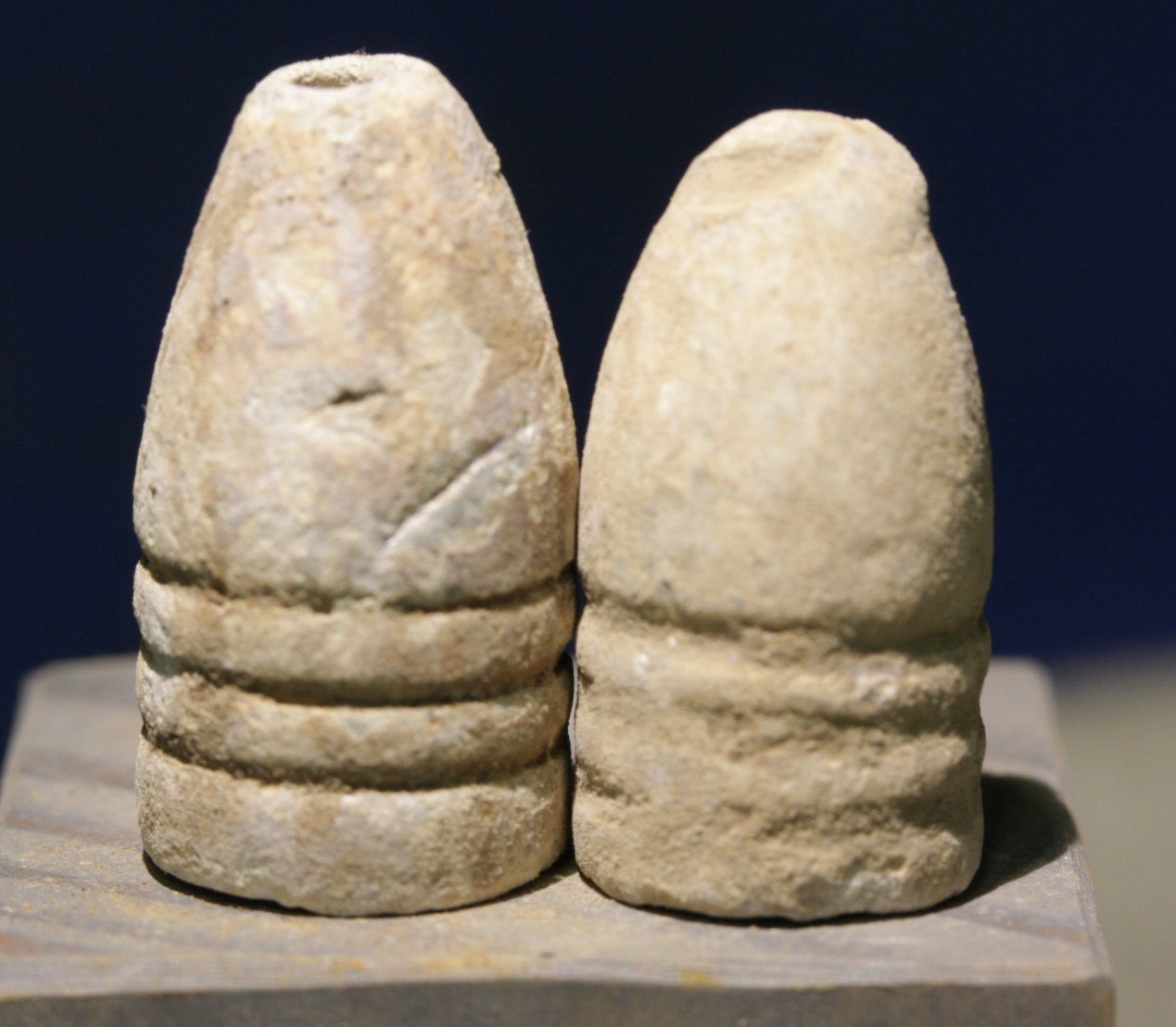 These two pulled/misfired bullets, one is .54 caliber and one is .58 caliber, were found on the Savage's Station battlefield (probably in 1965). These relics were in a large Pennsylvania collection of carefully identified relics that were recovered in the 1950s, 1960s and 1970s. The Battle of Savage's Station, the fourth of the Seven Days Battles, was fought on June 29, 1862. A provenance letter will be included.