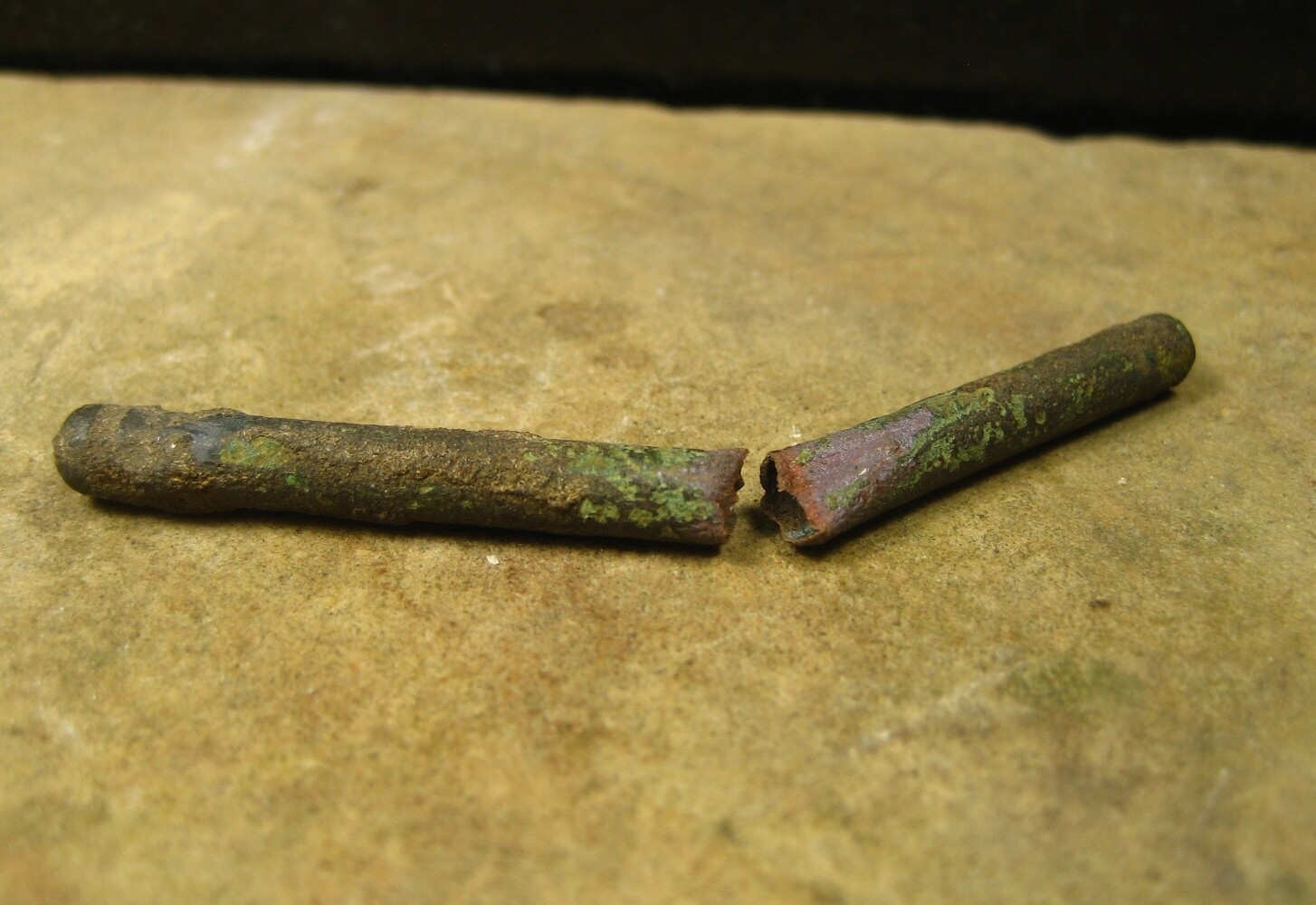 This is a Confederate example of a friction primer - the item that was placed in the vent in the cannon barrel in order to ignite the powder and fire the round - which are longer than the standard Union version. This one is missing the small piece that went into the cannon and the lanyard wire, and, unfortunately, it is broken in half. It was recovered by a long time relic hunter from an area close to Fairfield on the retreat route of Lee's Army. A provenance letter will be included.