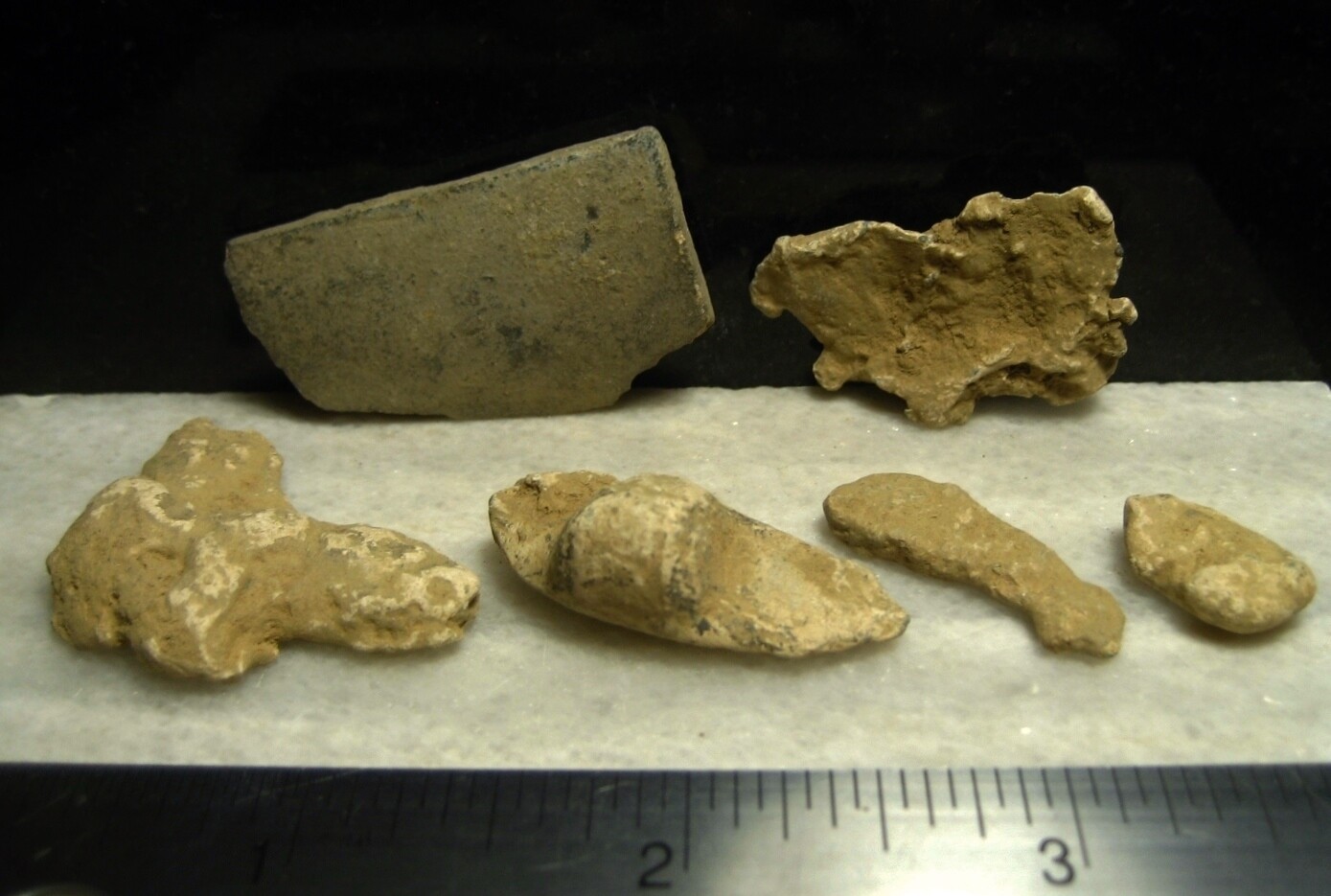 6 relics, including what appears to be a carved bullet, melted bullets and what might be part of a camp pot, that were found at the site of the Battle of Monocacy. These come from the collection of a southern Maryland relic hunter who kept his finds from each expedition in small boxes marked with the location and often the date. In most cases, it appeared as if he never opened the boxes again once they were stored away (they were still filled with dirt etc.) The Battle of Monocacy is often referred to as the Battle that saved Washington. Fought on July 9th, 1864, Union forces slowed the advance of Jubal Early's Confederate Army in its advance towards the northern Capitol. A provenance letter will be included.