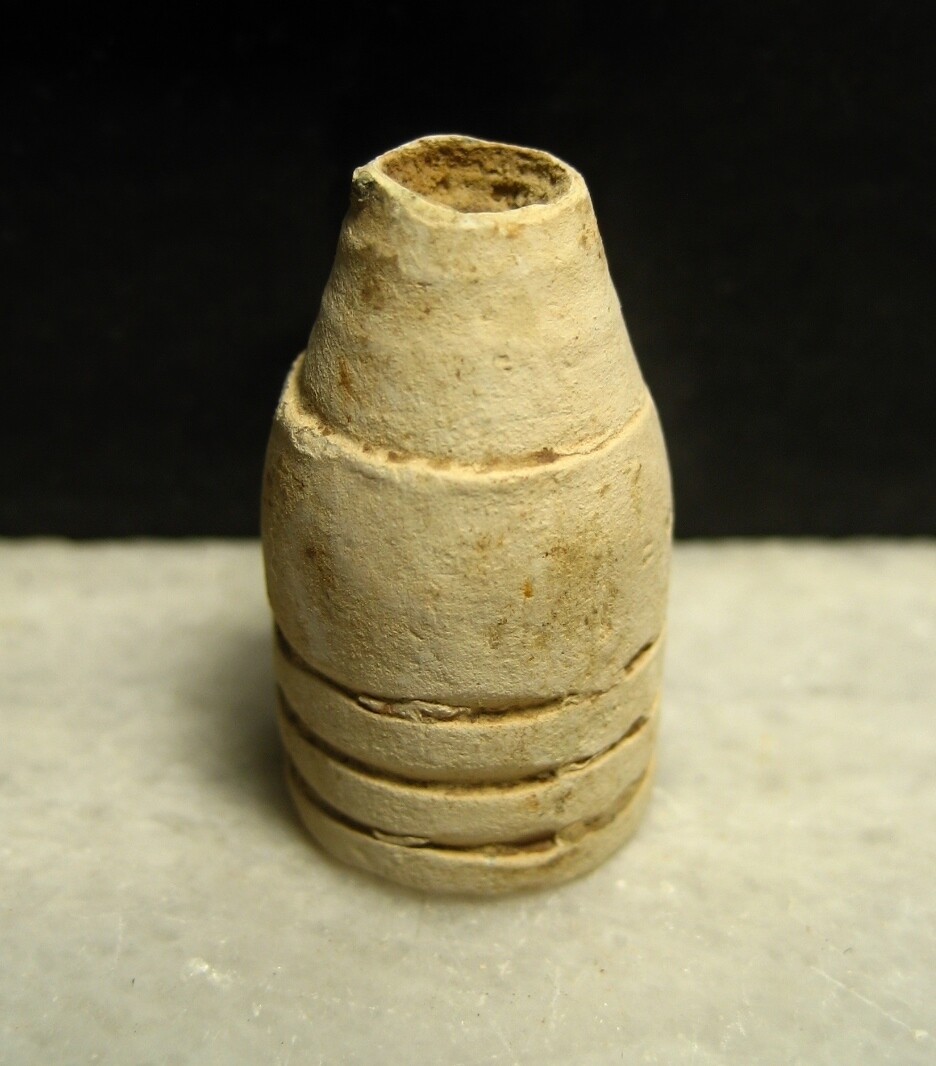 A pulled/misfired .58 caliber bullet with really deep bullet worm/screw hole in the nose and a nice ram rod mark that was found by me in the late 1980s in the area where the Union III Corps camped at Harrison's Landing during the summer of 1862 after the Seven Day's Battles. Harrison's Landing was the second main area that I relic hunted (the East Cavalry Field at Gettysburg was the first) and I pulled many relics from the ground over the course of about five years of hunting from 1985 to 1990. I lived in Pennsylvania, but I got down there to hunt about two or three days each year. A provenance letter will be included.