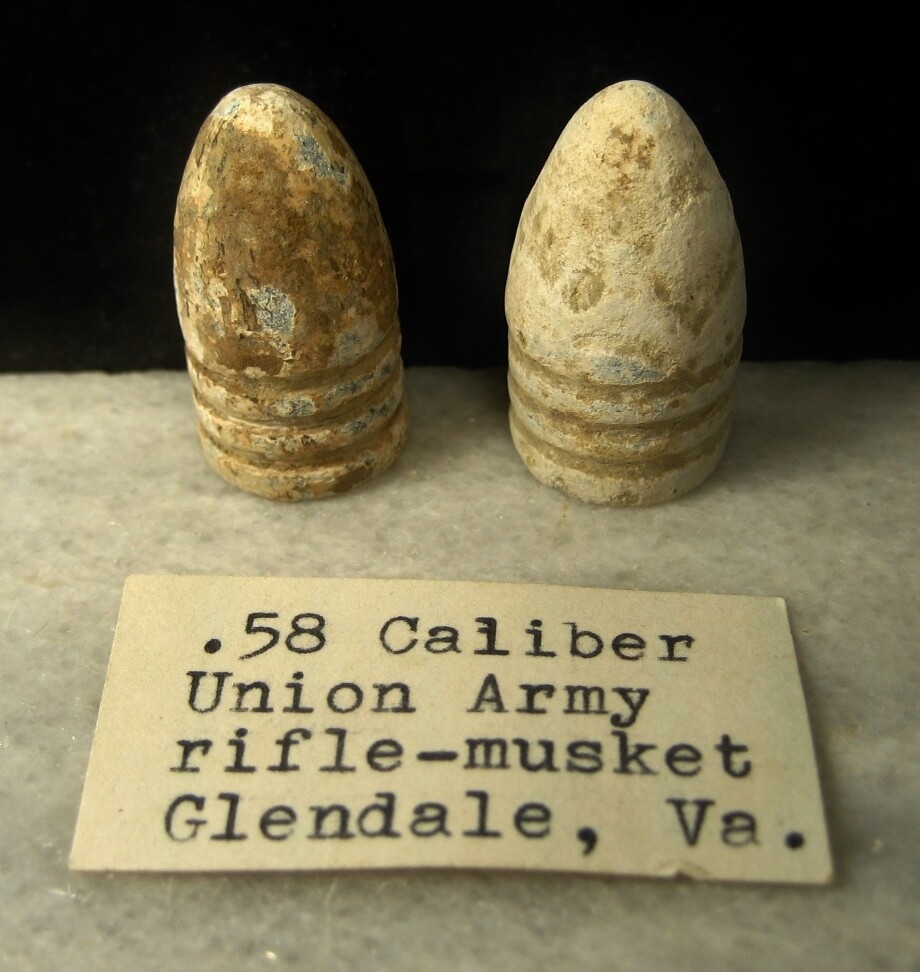 Two bullets, one is .58 caliber (mark around the nose - maybe a ram rod mark or possibly pulled) and one is .54 caliber, with original typed collection label that were recovered at the site of the Battle of Glendale - probably in the 1960s. These were a part of a large collection of William Reger - a well-provenanced group of artifacts that were recovered in the 1950s, 60s and early 70s. The Battle at Glendale was a very fierce fight (approximately 7500 casualties), even though the name is not as well remembered as other Seven Days battles such as Gaines Mill or Malvern Hill. A provenance letter will be included.