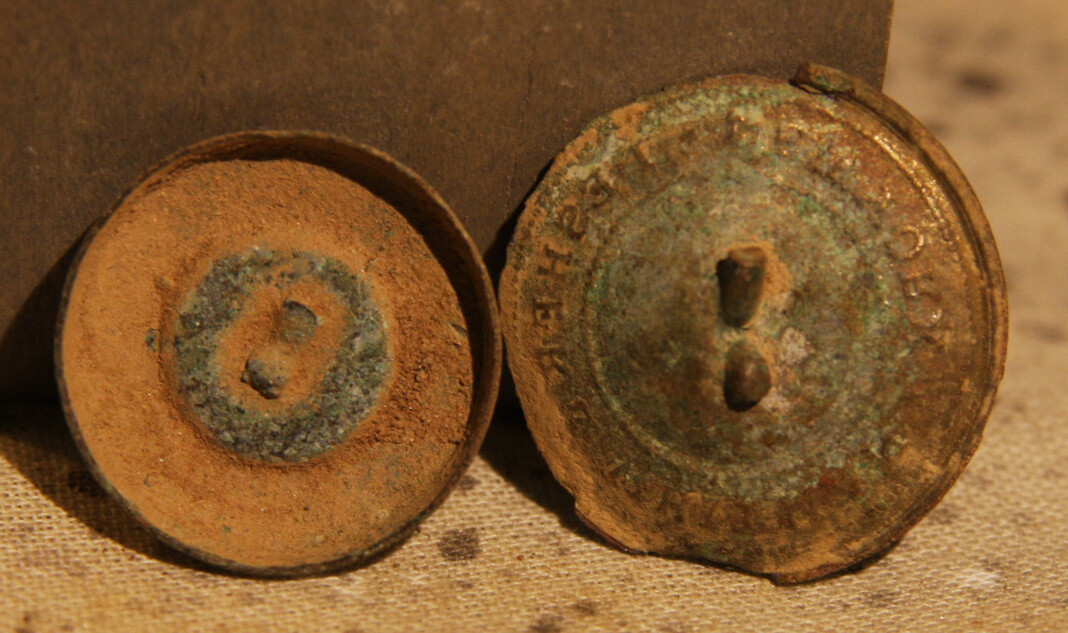 Two button backs (one is clearly from a state button - the state button appears to have the rarer "LESHER & WHITMAN" back mark, meaning that it was probably on a New York button - that were recovered from an area between the Taneytown and Emmitsburg Roads close to the Round Tops and the National Park boundary (but on private property with permission). Quite a few artifacts were discovered at this location including New York buttons. These come from a group that I just acquired. A provenance letter will be included.