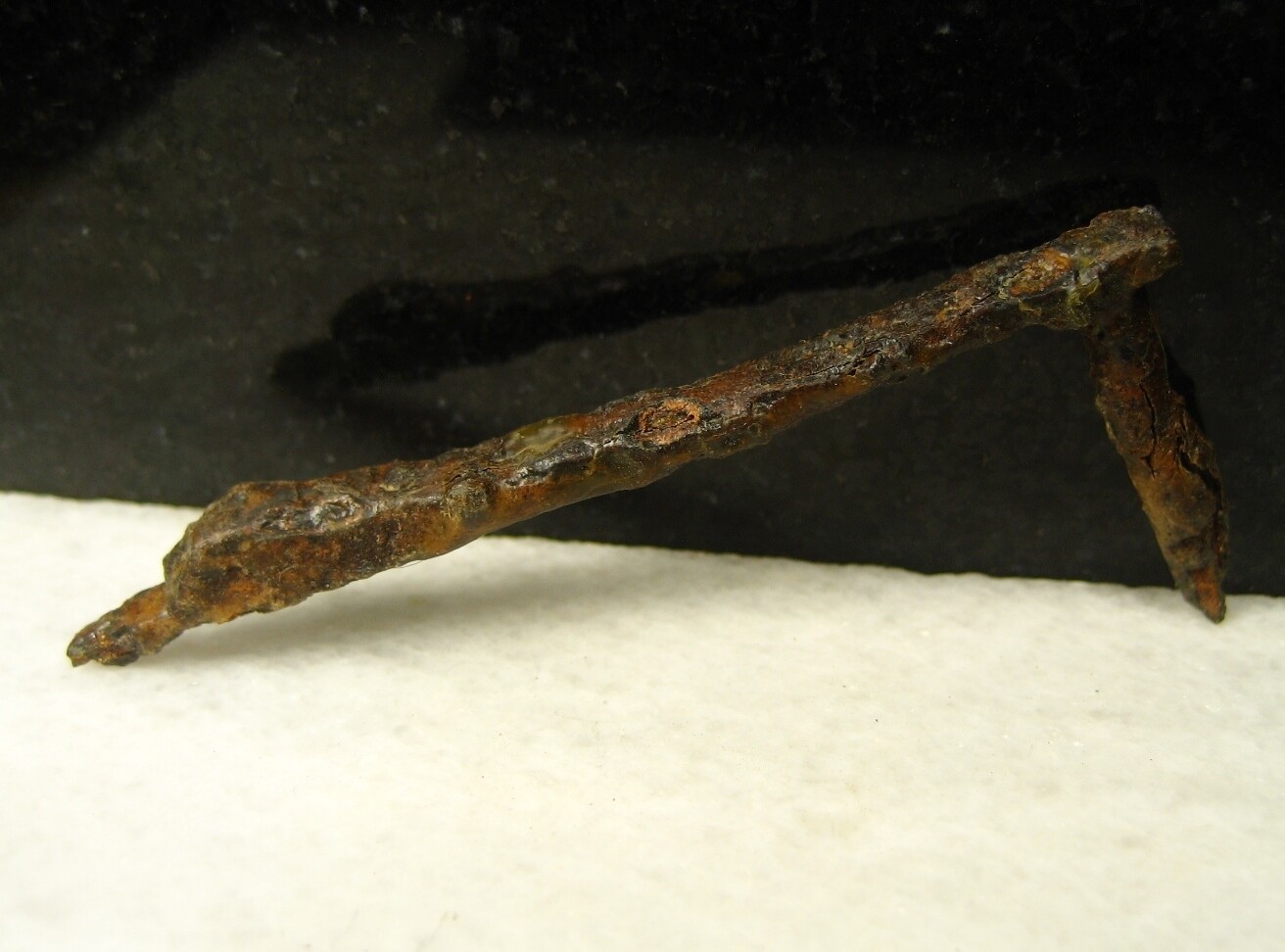 This spring from the barrel band on a musket (2 1/4 inches long - these are relatively rare because they are so small and rust away very easily) was recovered on the Wilderness Battlefield. It was a part of the John Graham Collection. Graham was a well-known collector and relic hunter who studied a variety of different areas of Civil War collecting and was published in North South Trader. I acquired this artifact nine years ago directly from his son after Mr. Graham passed away. A provenance letter will be included.