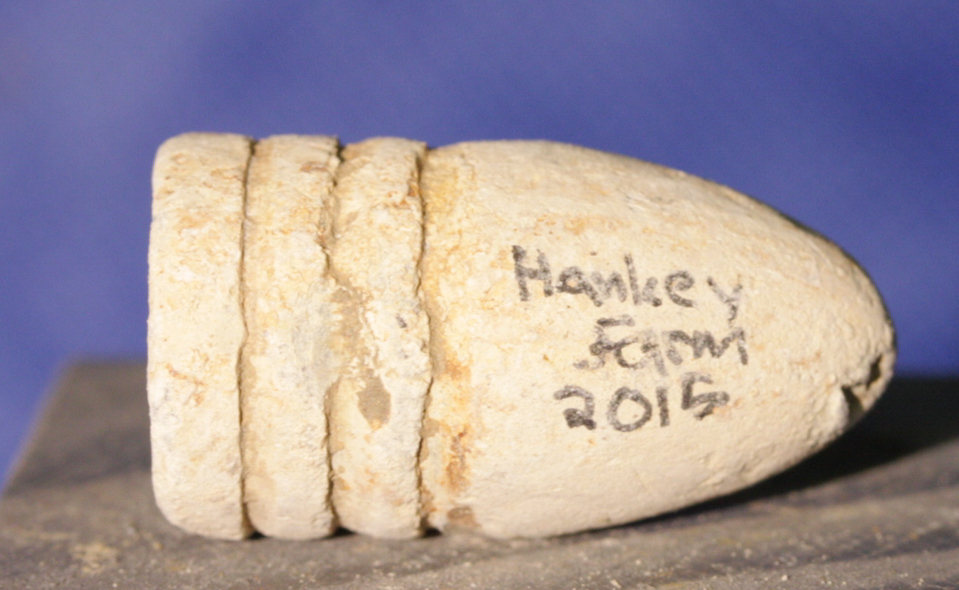 (PRICE REDUCED 30% - ORIGINAL PRICE $14.00) This .58 caliber Swage bullet was recovered from the site of the Jacob Hankey Farm on the Mummasburg Road (just beyond Oak Hill) in 2015. The Hankey Farm was the site of the field hospital for the Confederate division of General Robert Rodes. North Carolina buttons were also found at the site so it seems likely that this relic was dropped by a soldier in either Iverson's or Daniels Brigades, perhaps after they were wounded during the first day of fighting. The bullet has a carefully painted identification that was placed there by the relic hunter that recovered it. A provenance letter will be included.