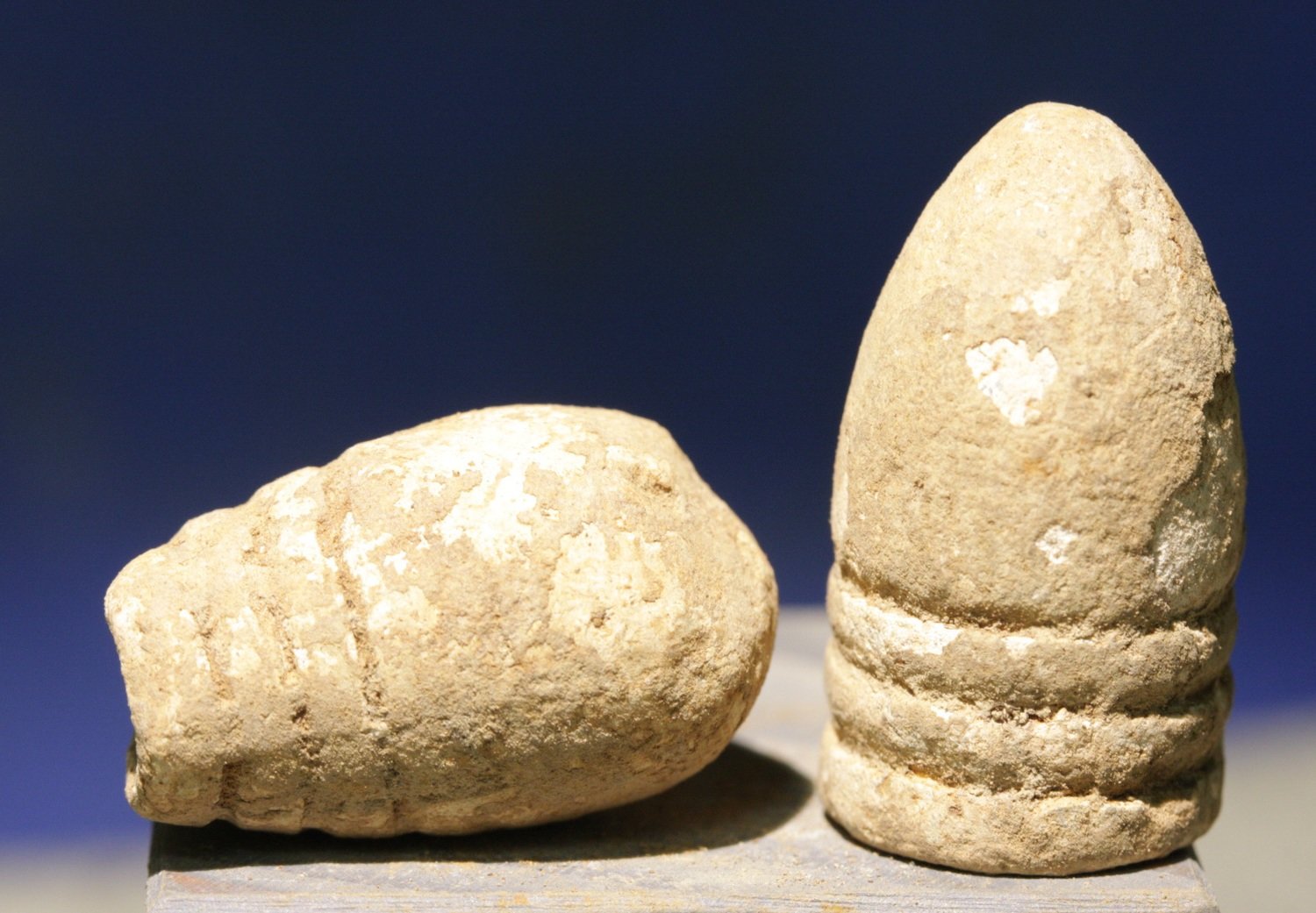 Two bullets that were recovered from a Confederate camp near Leesburg, Virginia. They come from the collection of a Maryland relic hunter who stored everything that he found in small cardboard boxes that were carefully labeled with the location where they came from. The Battle of Ball's Bluff was fought near Leesburg and some of the artifacts in the box were clearly battle related, so I suspect that this site might have been near where the battle was fought. This is the first time that this relic has been offered to the public for sale having come fresh out of the relic hunter's estate. A provenance letter with the relic hunters name will be included.