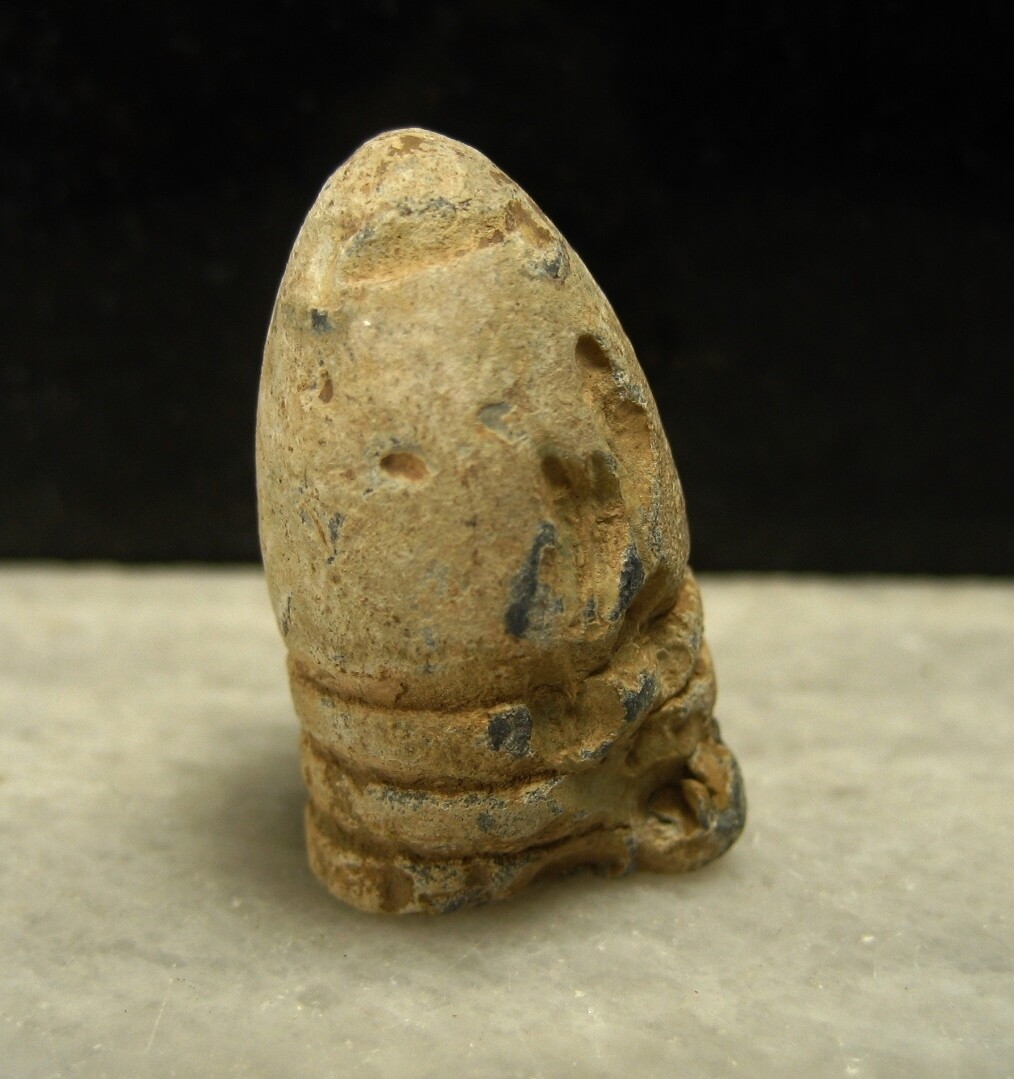 This bullet with a star in the cavity (sometimes called a Washington Arsenal) has light marks on the nose that look like it was a misfire that was pulled, but it also has damage that would appear to mean it was fired. It also has teeth marks on it (almost certainly made by an animal but some people claim that these are pain or hospital bullets). It was found in the wooded area between the Wheatfield and the area known as the loop (the road that leads away from the Wheatfield passes through here - it is the area that the Irish Brigade Monument is in). This artifact was a part of the collection of Iva Rosensteel, sister of George Rosensteel (founder of the Gettysburg National Museum and the famous Electric Map) so the provenance could not be better. This is the first time that this artifact is being offered for public sale and I feel very privileged in the opportunity to offer it. The Rosensteels were, of course, the most famous artifact collecting family in Gettysburg and the bulk of the relics on display at today's Gettysburg National Park Visitor Center come from the Rosensteels. A signed provenance letter will be provided with this relic.