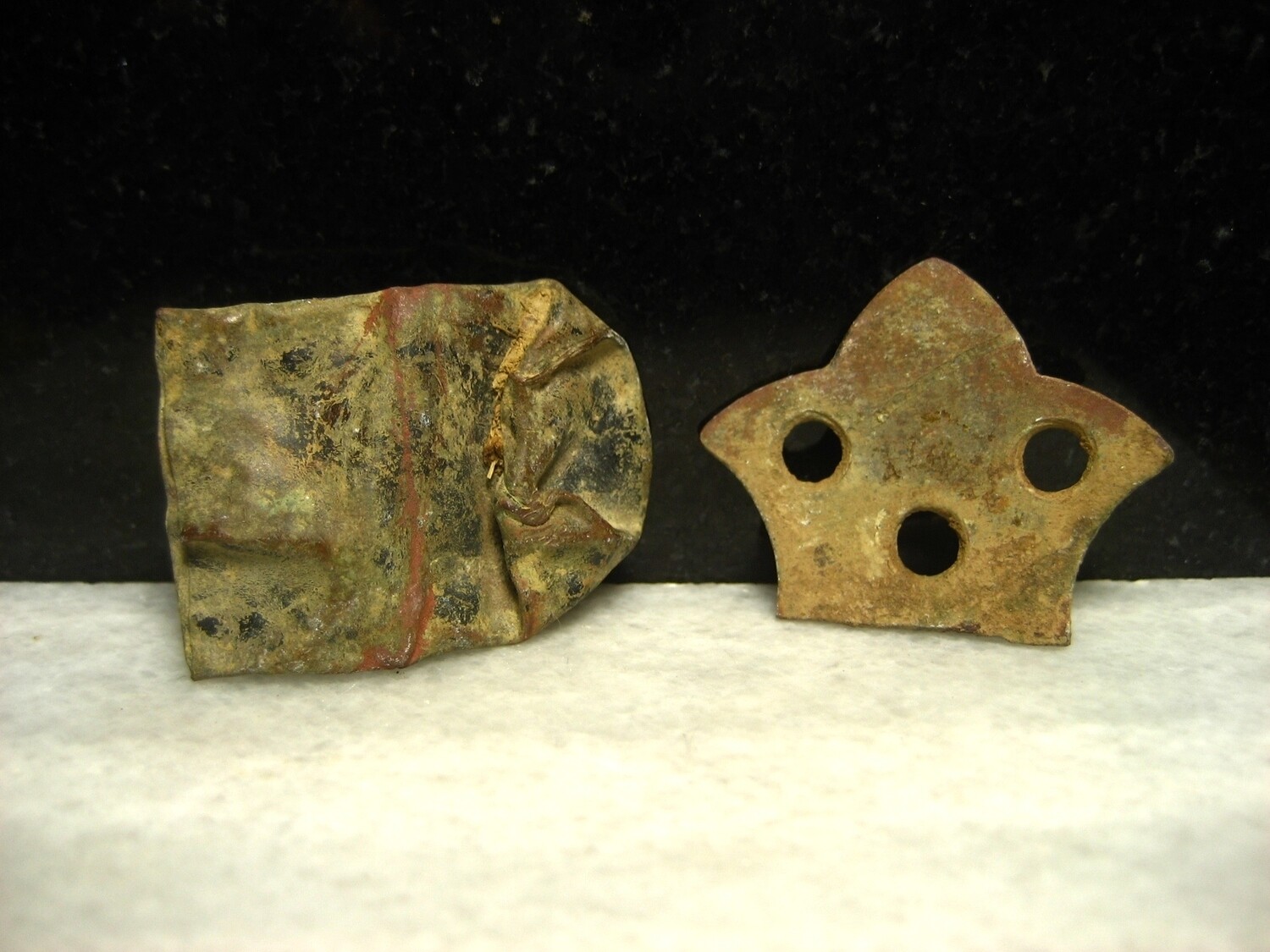 Two brass relics, including a crushed bullet casing (appears to be from a Burnside's Carbine bullet) and part of a hinge that were recovered in the 1980s at the Slaughter Pen at the site of the Battle of Fredericksburg (private property at the time, with permission). The Battle of Fredericksburg, fought primarily on December 13th, 1862, is best remembered for the doomed Union frontal assaults on the Confederate position behind a stone wall on Maryes Heights. Earlier in the day, however. Meade's men nearly won the day by breaking through Jackson's line until they were driven back and suffered heavily in the Slaughter Pen. I included a photograph of a map which shows where this artifact was found - a copy of this map will be put on the provenance letter. A provenance letter will be included.