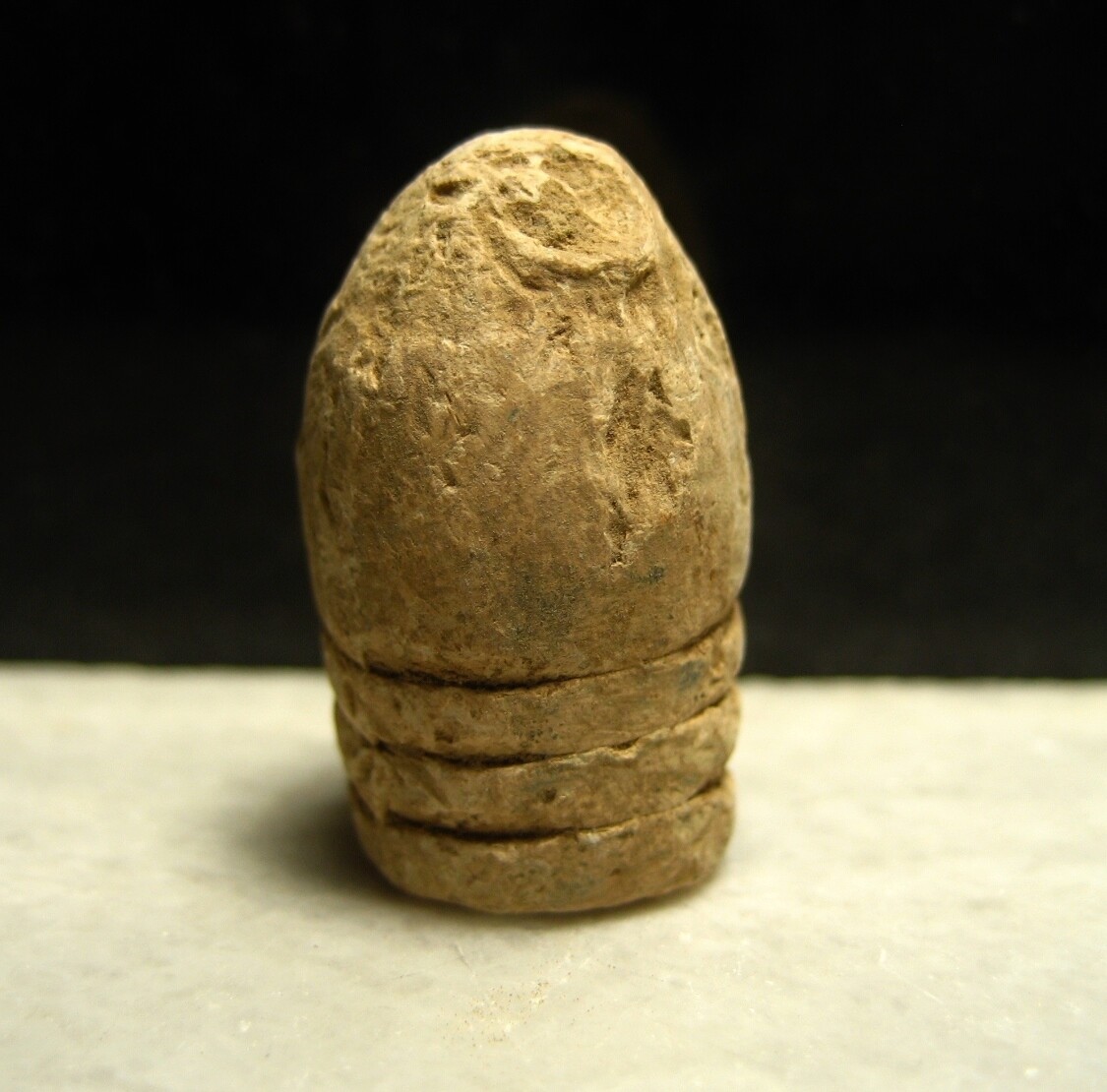 A fired bullet that was recovered in May of 1974 from the Salem Church Battlefield (just west of Fredericksburg). This bullet was a part of the collection of William Reger from Berks County, Pennsylvania, who carefully documented his relics by recovery location and often recovery date. The Battle of Salem Church, which was fought on May 3rd and 4th, 1863, successfully blocked the advance of the Union VI corps in its attempts to join General Hooker's main army on the Chancellorsville Battlefield. Although the numbers of soldiers involved was relatively small (about 33,000 on both sides), the casualties were very high (4600 Union and 4900 Confederate). A provenance letter will be included.