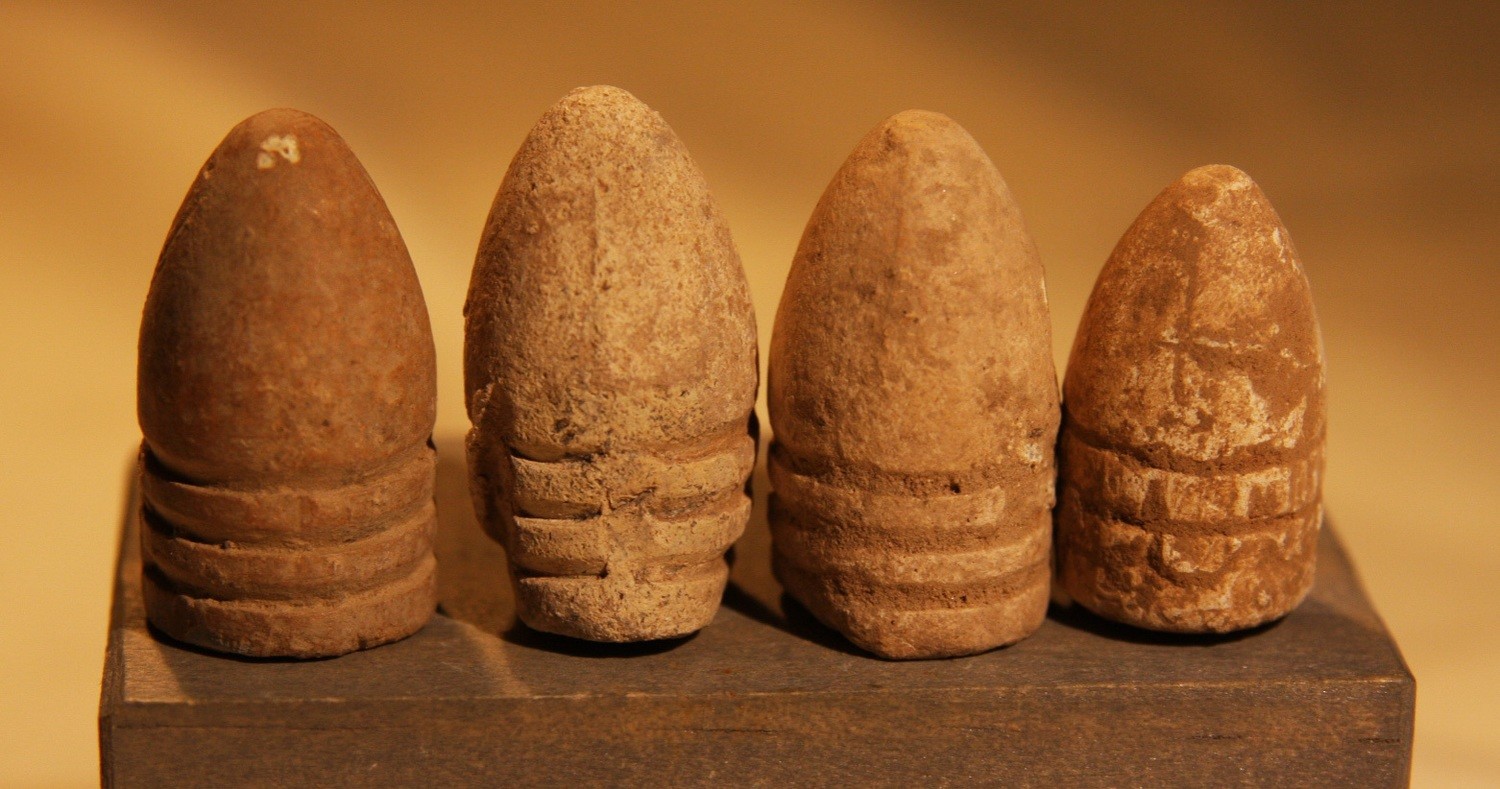 Three .58 caliber bullets and a Spencer bullet (this must have been dropped later as the Spencer was not around in 61-62) that were recovered in the 1990s from the site of an 1861-1862 Union winter camp near Poolesville, Maryland that was apparently occupied by a Zouave regiment. A provenance letter will be included.