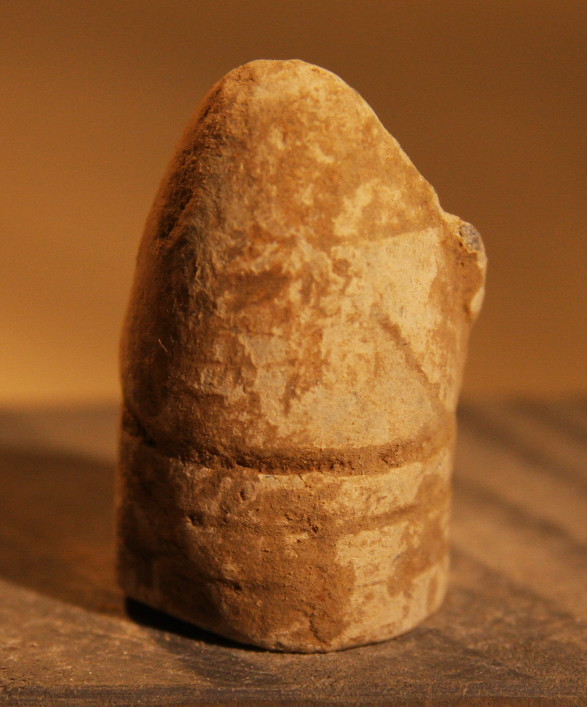 A fired .58 caliber bullet with star in the cavity (typically called a Washington Arsenal bullet, but the location of production is not certain) and ram rod mark on the nose that was recovered on a farm situated along the Mansfield Road close to the Mumma Farm and the East Woods (private property with permission). I acquired this artifact about ten years ago directly from the relic hunter who found it. A provenance letter will be included.