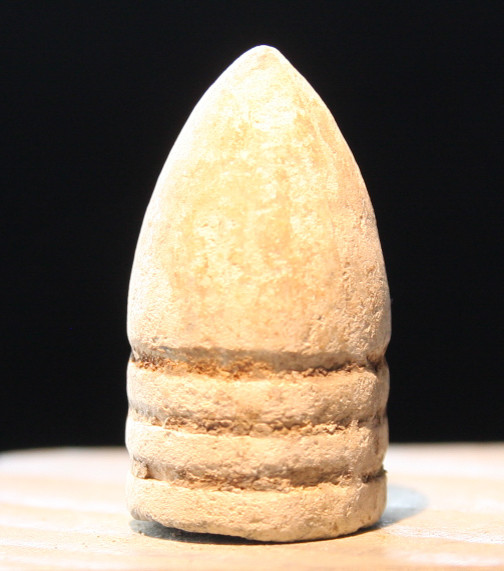 A .58 caliber bullet that was recovered in the 1960s from the site of Fort Mahone in Petersburg. Fort Mahone was one of the more famous Confederate forts during the Siege of Petersburg. It was commonly called "Fort Damnation" by soldiers involved in the siege. The fort fell during the final Union attack during the siege (April 2nd, 1865) which ultimately forced Lee to abandon his lines and begin the retreat to Appomattox. Although artifacts from Petersburg are relatively common, items that have been found specifically at Fort Mahone are much rarer. A provenance letter will be included.