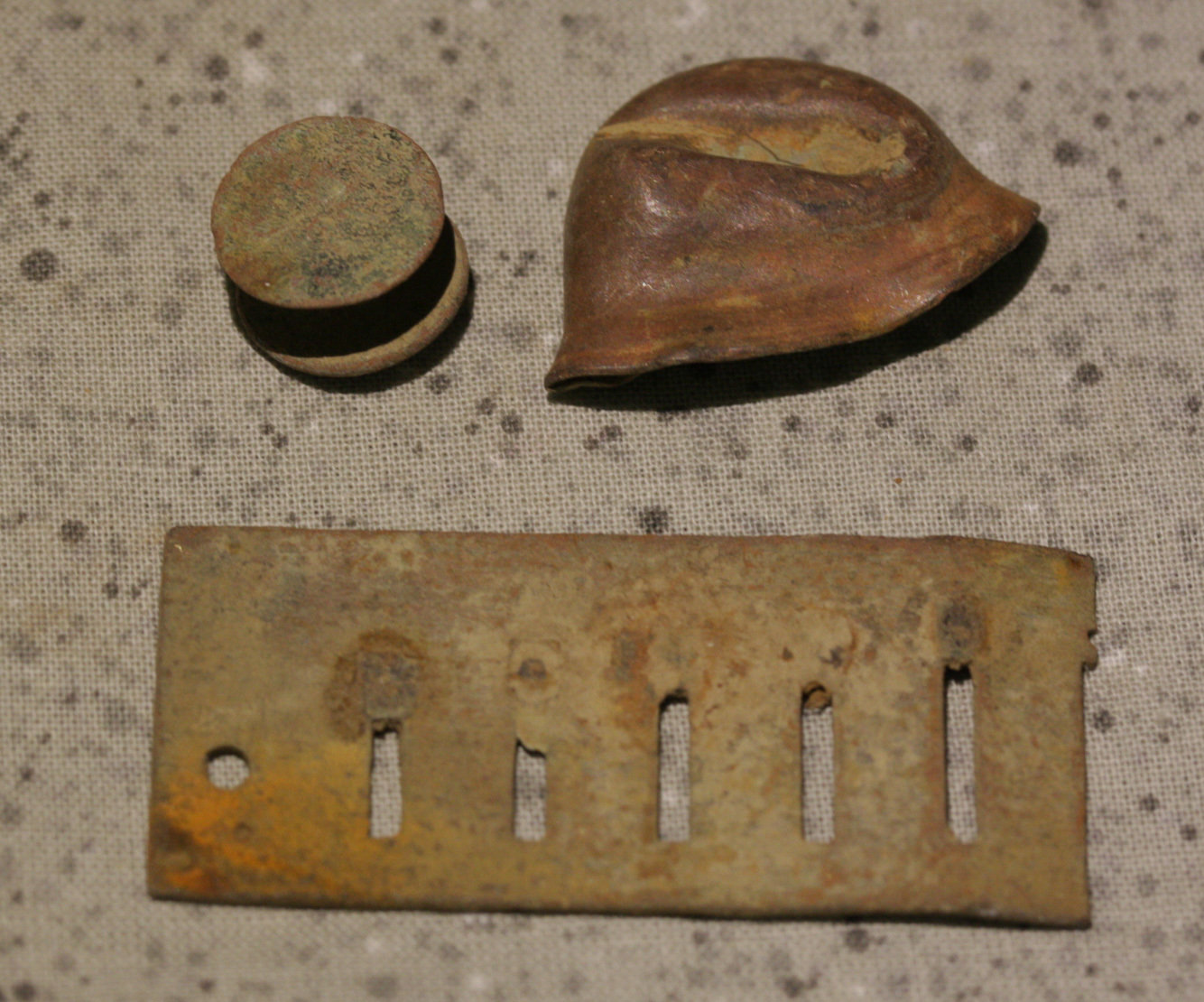 SKU B-BR07
$7.50
In stock
1
Product Details
Battery Robinett, a famous Civil War location in Northern Mississippi, is a rare place to get artifacts from. I have actually never had any before now. These relics, part of a harmonica reed, an accoutrement stud, and an unknown brass item, were recovered in 1979 before the area where the fort is located became a historical site / park. Battery Robinett was one of the forts built by the Union Army in 1862 after it occupied Corinth. It was the scene of a most intense fighting of the siege of Corinth when Confederates attacked the location, hand to hand fighting ensued before the Confederates were forced to retreat. A famous early war photo of dead Confederate soldiers in front of the fort was taken here. A provenance letter will be included.
Save this product for later