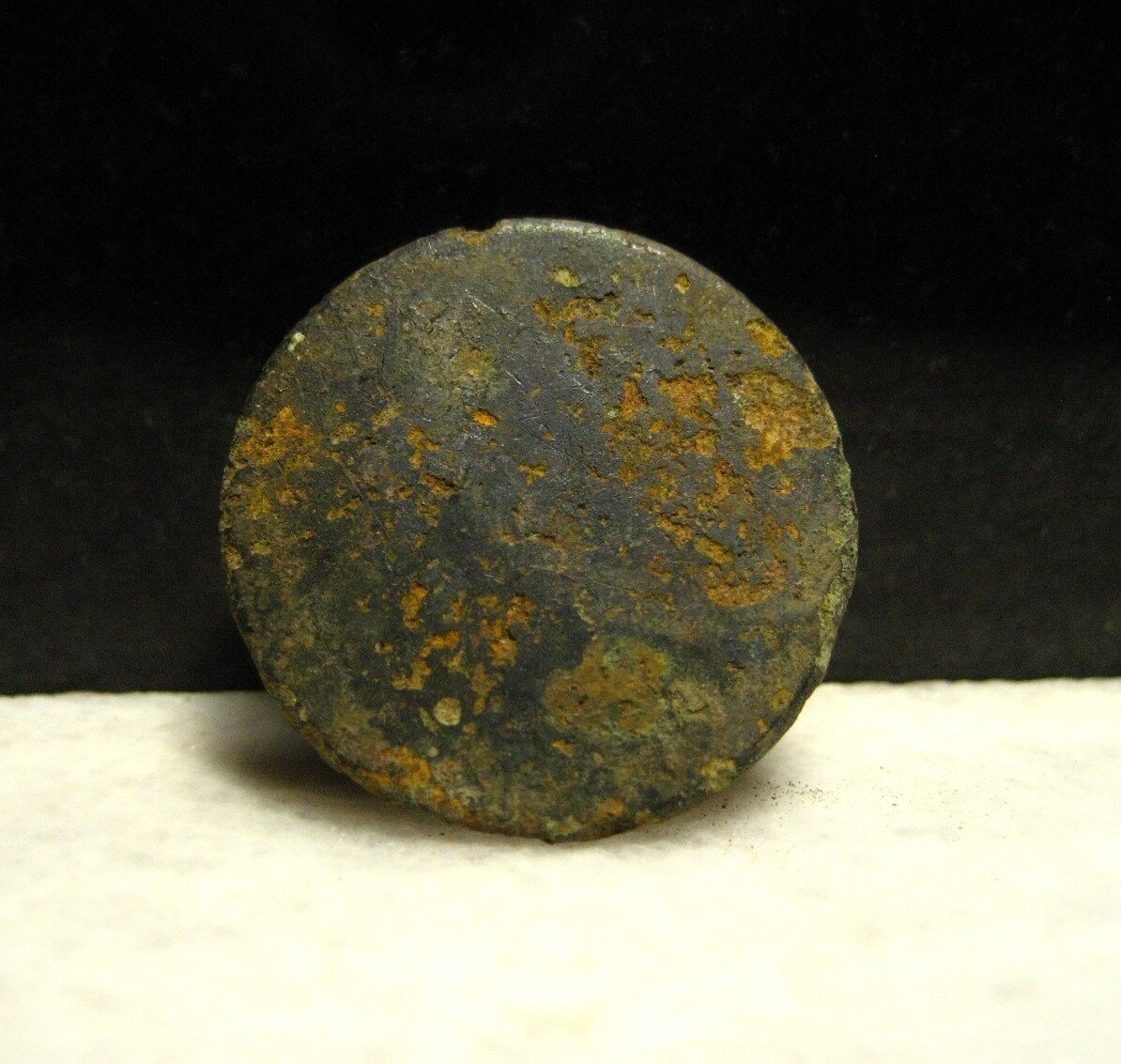 A coat sized coin or flat button (22 mm - shank intact) that was recovered at the site of the Battle of Cedar Mountain. These buttons are typically associated with Confederate use. Cedar Mountain, which was fought on August 9, 1862 during the Second Manassas Campaign was a fierce fight involving Stonewall Jackson's Corps. The total numbers involved were relatively small (8000 Union soldiers and almost 17,000 Confederate soldiers), but casualties were comparatively high (3,700 combined). A provenance letter will be included.