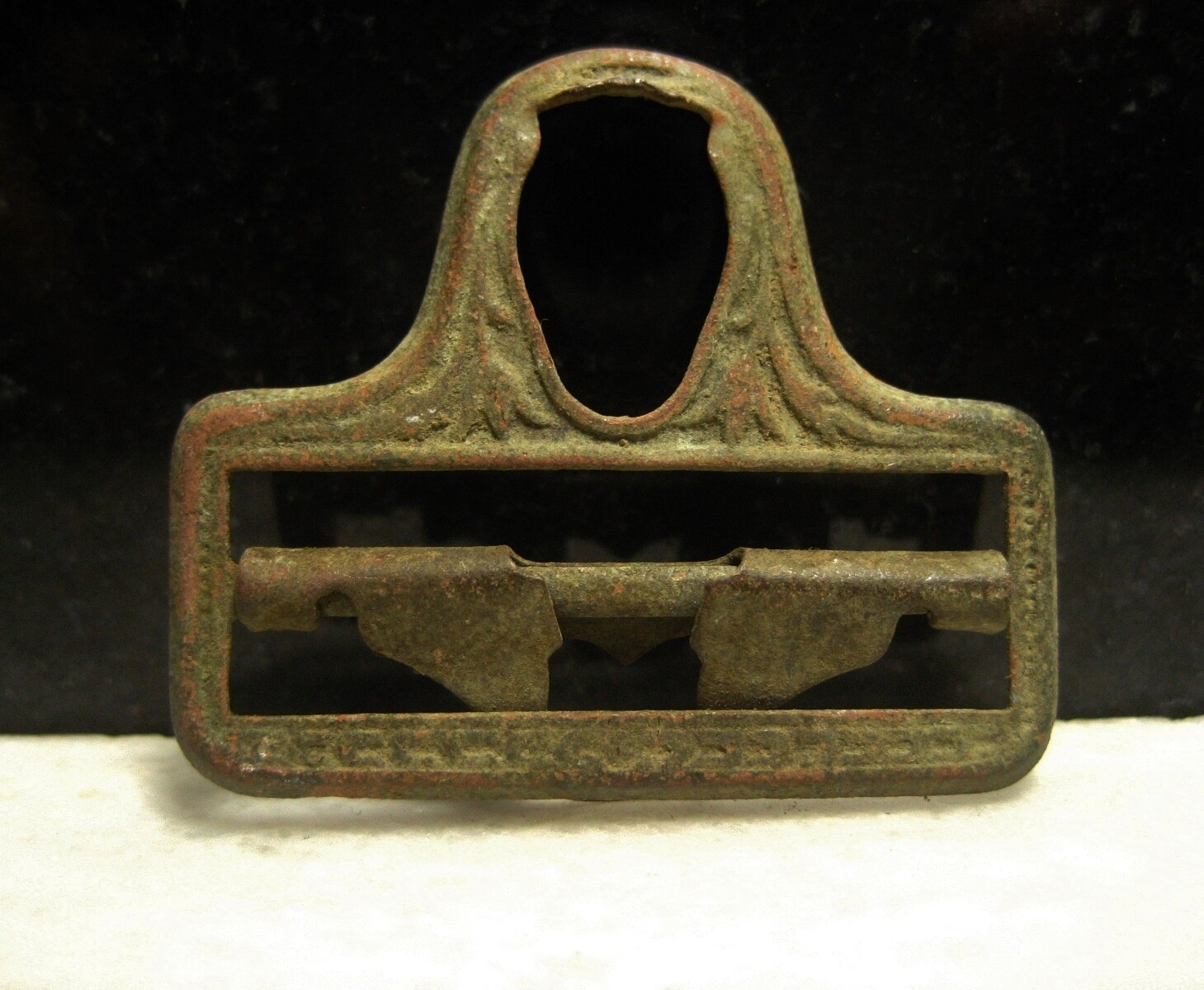 A fancy suspender buckle (1 1/2 x 1 5/16 inches - no markings - pieces still move) that was recovered at the site of the Battle of Cedar Mountain. Cedar Mountain, which was fought on August 9, 1862 during the Second Manassas Campaign was a fierce fight involving Stonewall Jackson's Corps. The total numbers involved were relatively small (8000 Union soldiers and almost 17,000 Confederate soldiers), but casualties were comparatively high (3,700 combined). A provenance letter will be included.