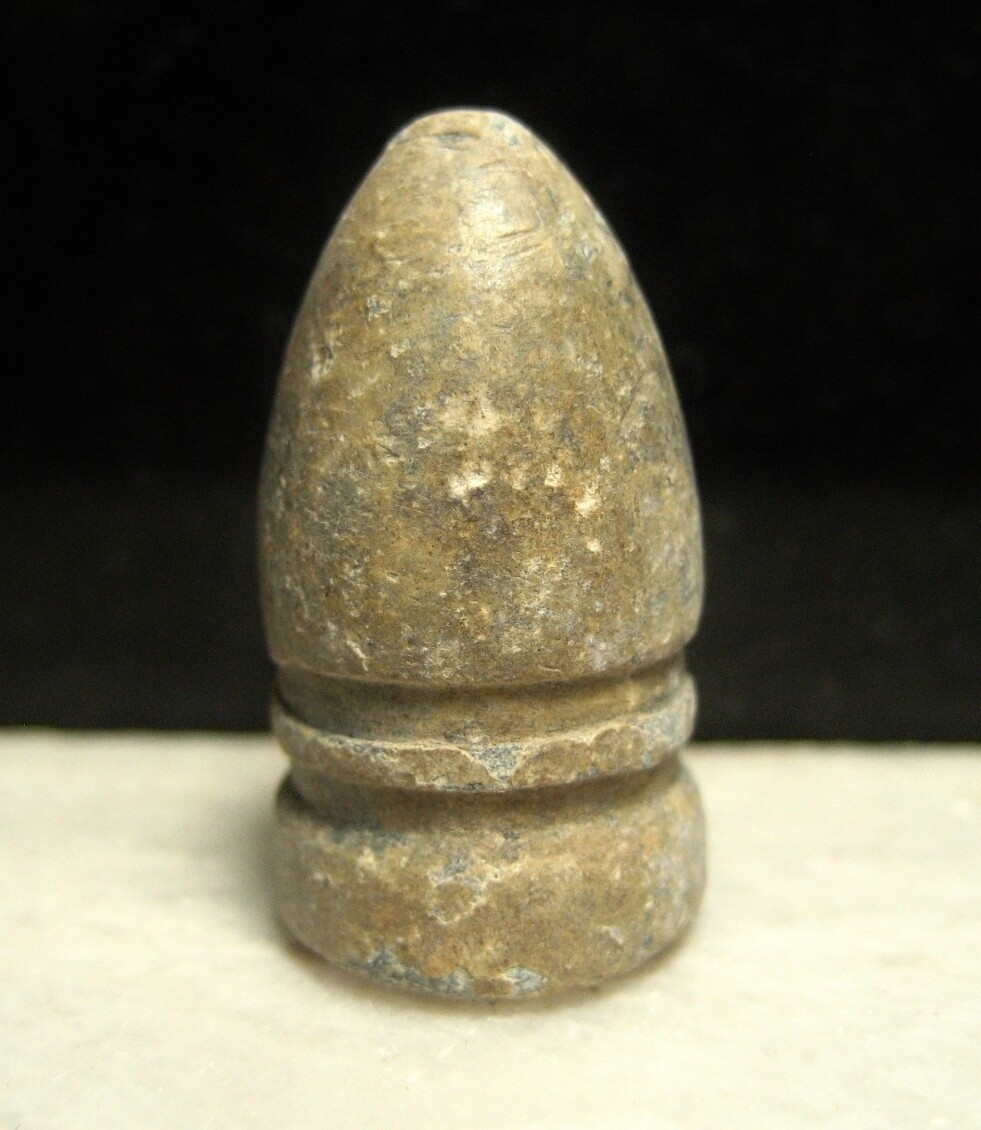 A .58 caliber Gardner bullet that was found at the site of the Battle of Williamsburg. Fought on May 5, 1862 during General George McClellan's Peninsula Campaign, the battle saw 41,000 Union soldiers face off against 32,000 Confederates. Although the Union attack had some success against Johnson's Army, which was retreating towards the defenses around Richmond, the victory was not followed up on. Almost 4,000 soldiers became casualties during the battle. A provenance letter will be included.