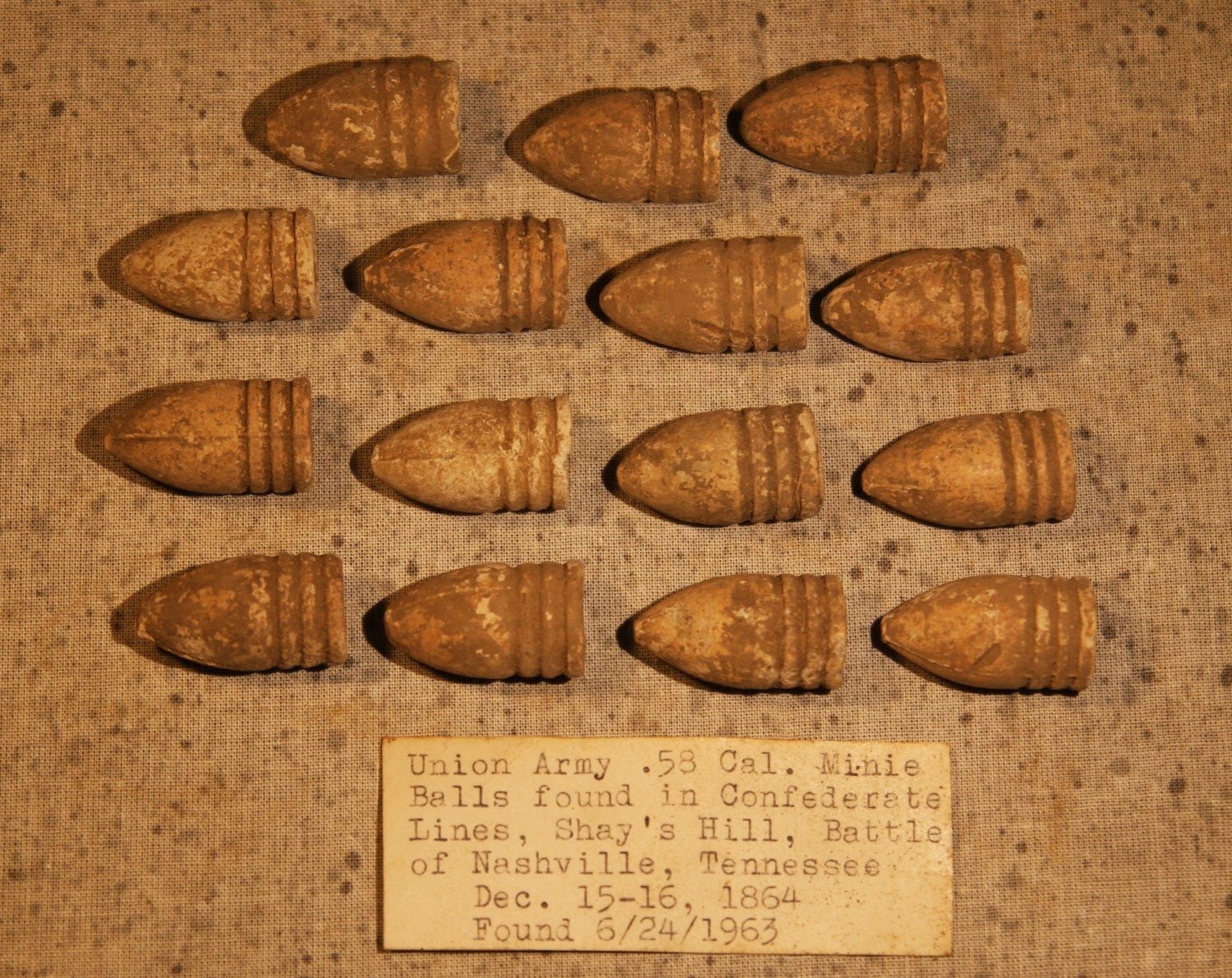 I have never had any artifacts recovered from the site of the Battle of Nashville (before I acquired the group that these bullets came from - I only have a few more groups to sell), let alone any found at Shy's Hill which was the site of the Union attack that ended the battle and essentially finished Hood's Army. Here are fifteen .58 caliber bullets, many of which appear to be nose cast which would likely indicate Confederate production (look at the close up photos), that were recovered in the Confederate position on Shy's Hill on June 24th, 1963. These artifacts come out of the collection of William Reger who lived in Berks County, Pennsylvania and relic hunted at a variety of sites from the late 1950s to the mid 1970s. Reger carefully identified his artifacts with typed labels such as the one that is included with this group. The December, 1864 Battle of Nashville represented a last stand of Hood's Army of Tennessee after its disastrous assault at the Battle of Franklin. Shy's Hill was originally known as Compton's Hill, but was renamed after Lt. Colonel William Shy of the 20th Tennessee, who was killed here during the battle. A provenance letter will be included.