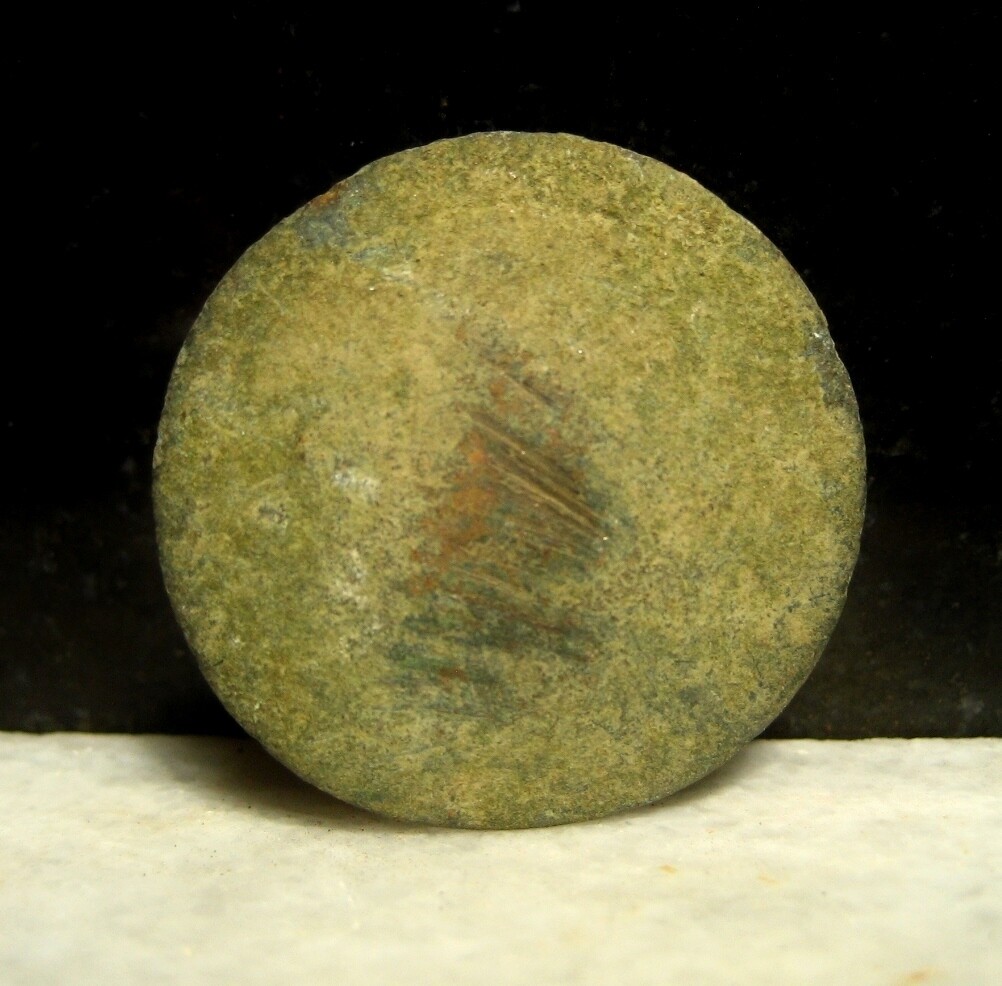 A nice large example (27 mm - shank present) of a brass flat or coin coat button - the type typically found in Confederate sites because they saw frequent use because of the lack of regular uniforms - that was recovered at the site of a Confederate Picket Post on the Chickahominy River in Virginia. The Chickahominy became a prominent geographical feature during 1862 and 1864 operations on the peninsula southeast of Richmond. It proved to be a significant obstacle to McClellan's advance on Richmond during the 1862 Peninsula Campaign. A provenance letter will be included.