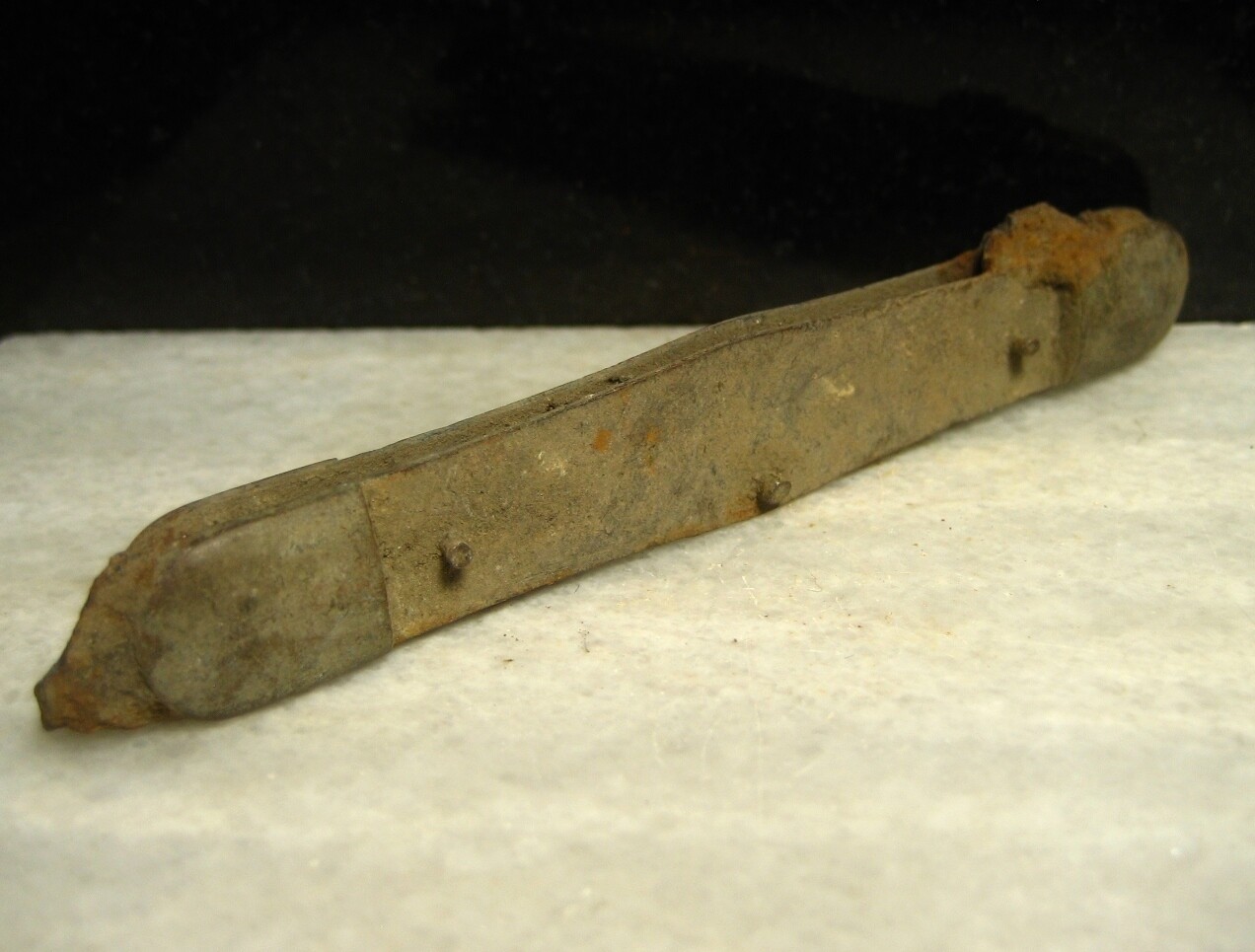 A nice example of a soildier's brass pocket knife (3 3/4 inches long - lost in the open position, but almost all of the blade has rusted away) that was recovered at the site of a Confederate Picket Post on the Chickahominy River in Virginia. The Chickahominy became a prominent geographical feature during 1862 and 1864 operations on the peninsula southeast of Richmond. It proved to be a significant obstacle to McClellan's advance on Richmond during the 1862 Peninsula Campaign. A provenance letter will be included.