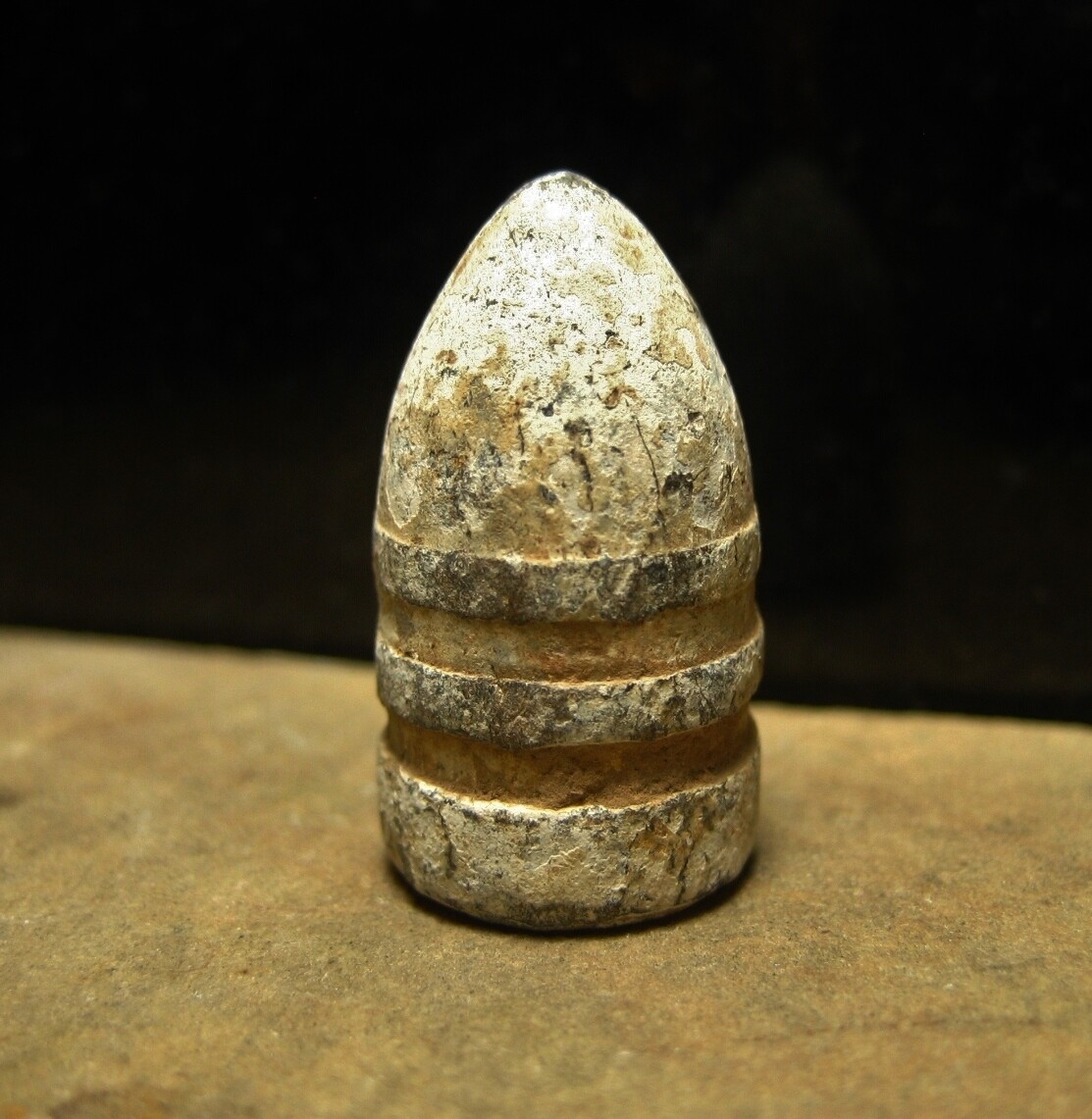 This Sharps bullet, which could very well have been from one of Buford's men because of where it was found, was once part of the famous Rosensteel Collection of Gettysburg. This specific relic was identified as having been found on the Mehring Farm by Robert Mehring in 1963. The Mehring Farm (this was not what the area was called during the battle - the name applies to the 20th century owners of the farm at that time), based upon newspaper articles found on the internet, was located just off of the Fairfield Road between McPherson's Ridge and Herr's Ridge. The Rosensteel Collection is arguably the most famous collection of Gettysburg relics that has ever existed. John Rosensteel opened his Round Top Museum of Gettysburg artifacts in 1888. The collection, which grew in size as a variety of local collections were acquired, became the nucleus of the Electric Map Museum collection and ultimately the Gettysburg National Park Visitor Center collection. I will include a provenance letter.