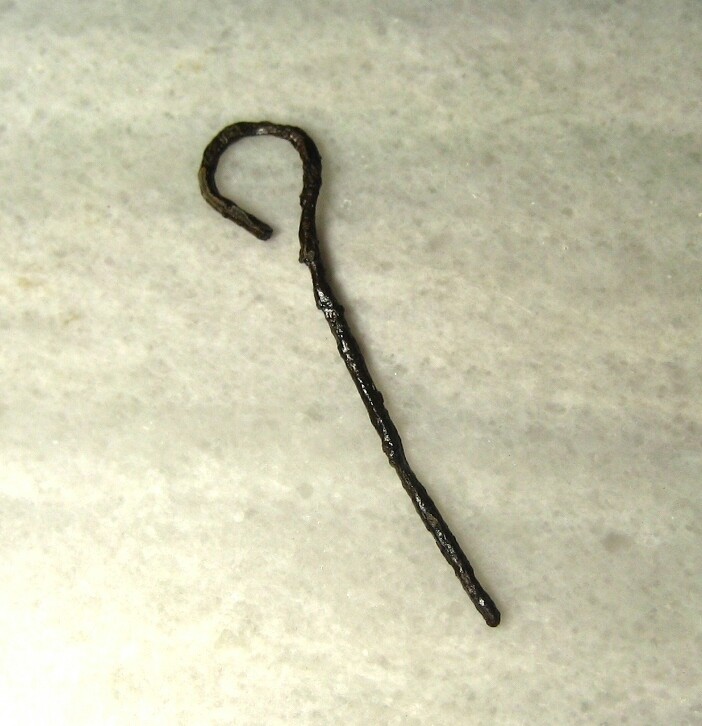 These were common during the Civil War as every soldier used them to clean out debris from the musket nipple so that the musket could be fired. It is, however, very rare to find them as dug relics because they are so small and, typically, the thin iron would completely deteriorate in the ground in the years since the war. This rare relic was recovered by a long time relic hunter from an area close to Fairfield on the retreat route of Lee's Army. A provenance letter will be included.