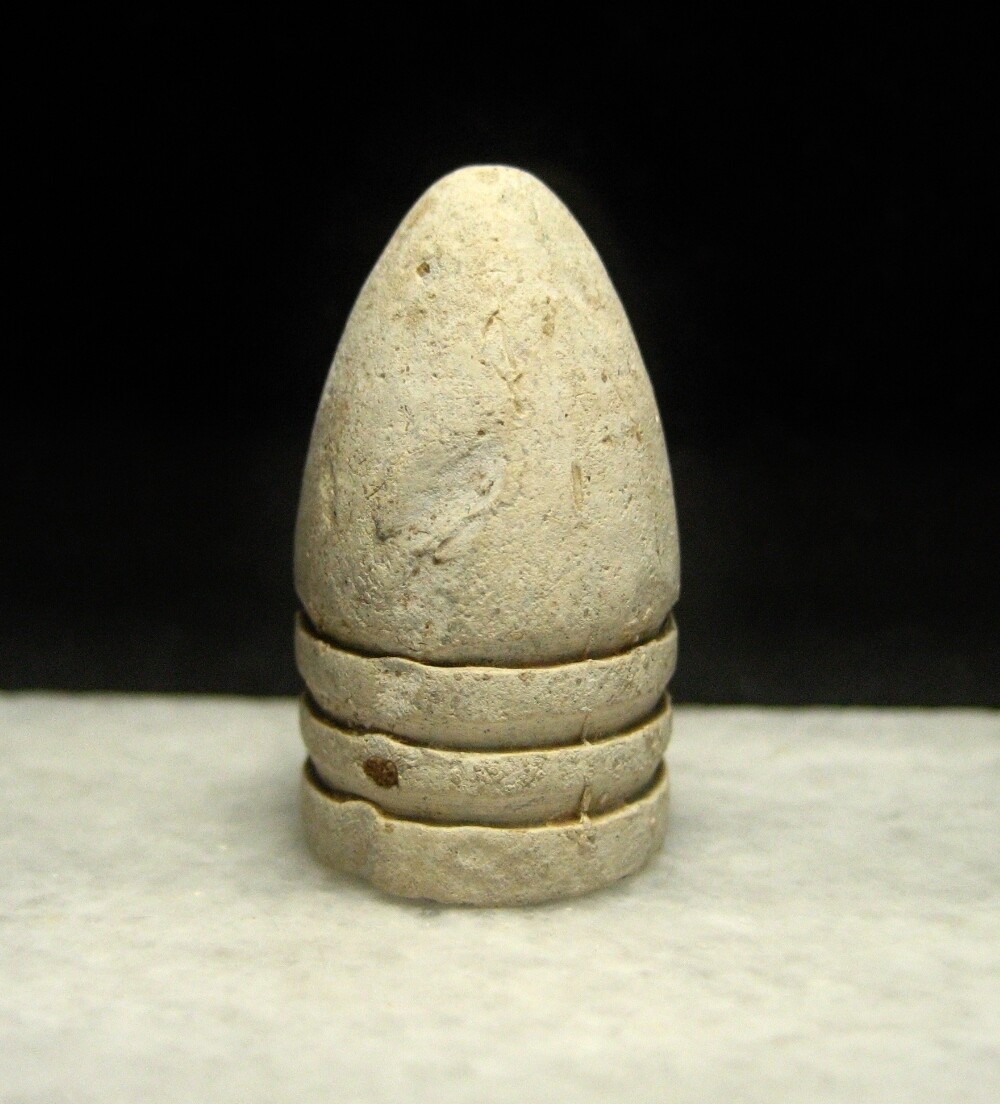 A .58 caliber bullet that was recovered in the spring of 2007 from an area close to the Pry House at Antietam (the spot where the bullet was found was private property and was being searched with permission). The Pry House was the site of McClellan's Headquarters during the battle - I have seen very few relics that have come out of this area. I acquired this bullet in 2012 directly from the digger. A provenance letter will be included.