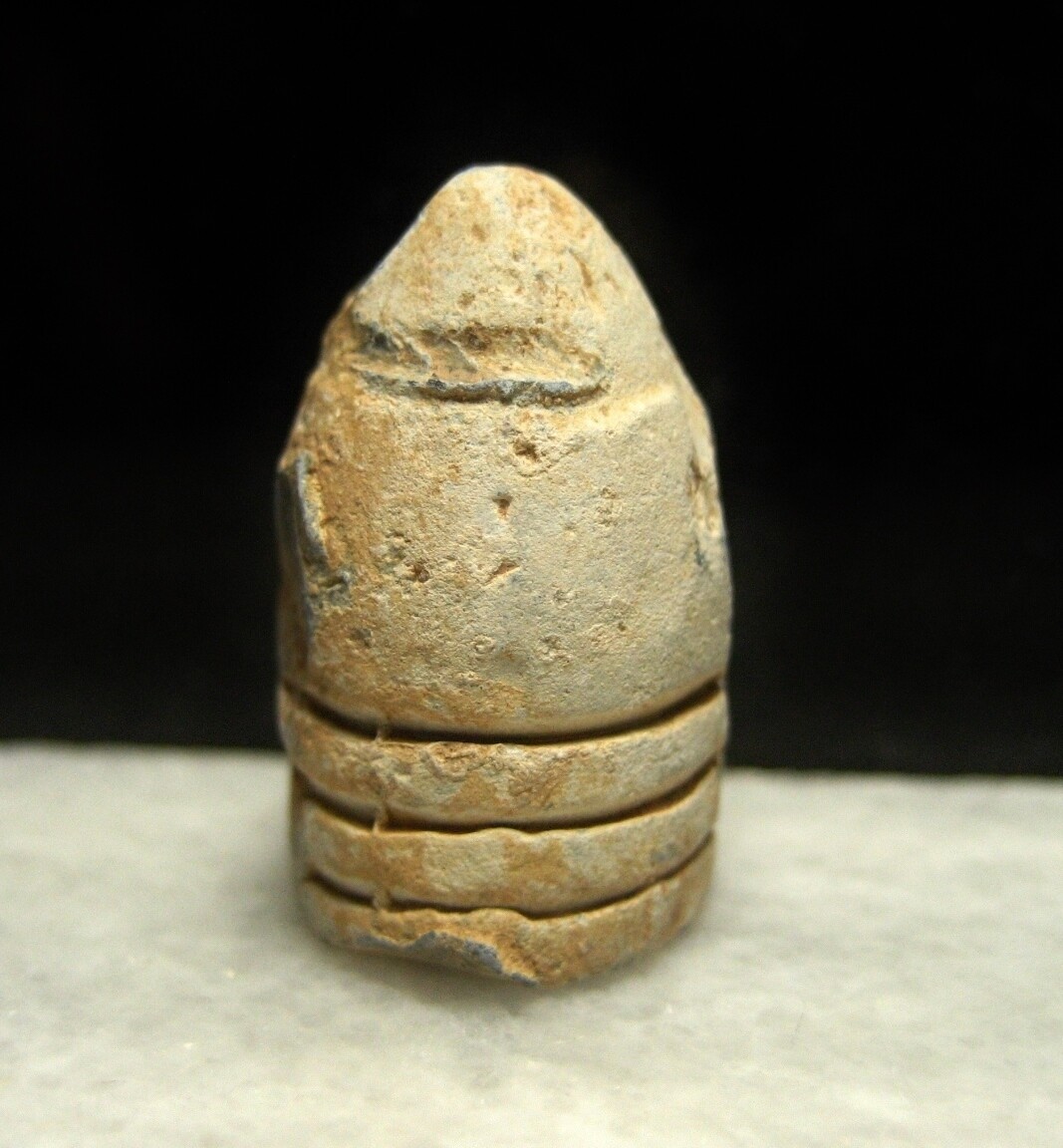 A fired .58 caliber bullet with a mark on the nose that, at first glance, looks like it was made by a bullet worm or screw, but might be the mark left by a ram rod. It was found in the yard of the Worthington House (within 100 yards of the house) in the 1980s (private property at the time, with permission). The Worthington Farm (originally known as the Clifton Farm) sat in the path of the Confederate attack of Terry and York's Brigades of Gordon's Division (you can see the location where the bullet was found by looking at the circle on the photo of the map). The Confederates launched three attacks on the Thomas Farm from this area. The relic hunter who found this told me how, on his last visit, he found out from the owners that the property would be sold to the National Park Service. You can visit the farm on the battlefield today. A provenance letter will be included.