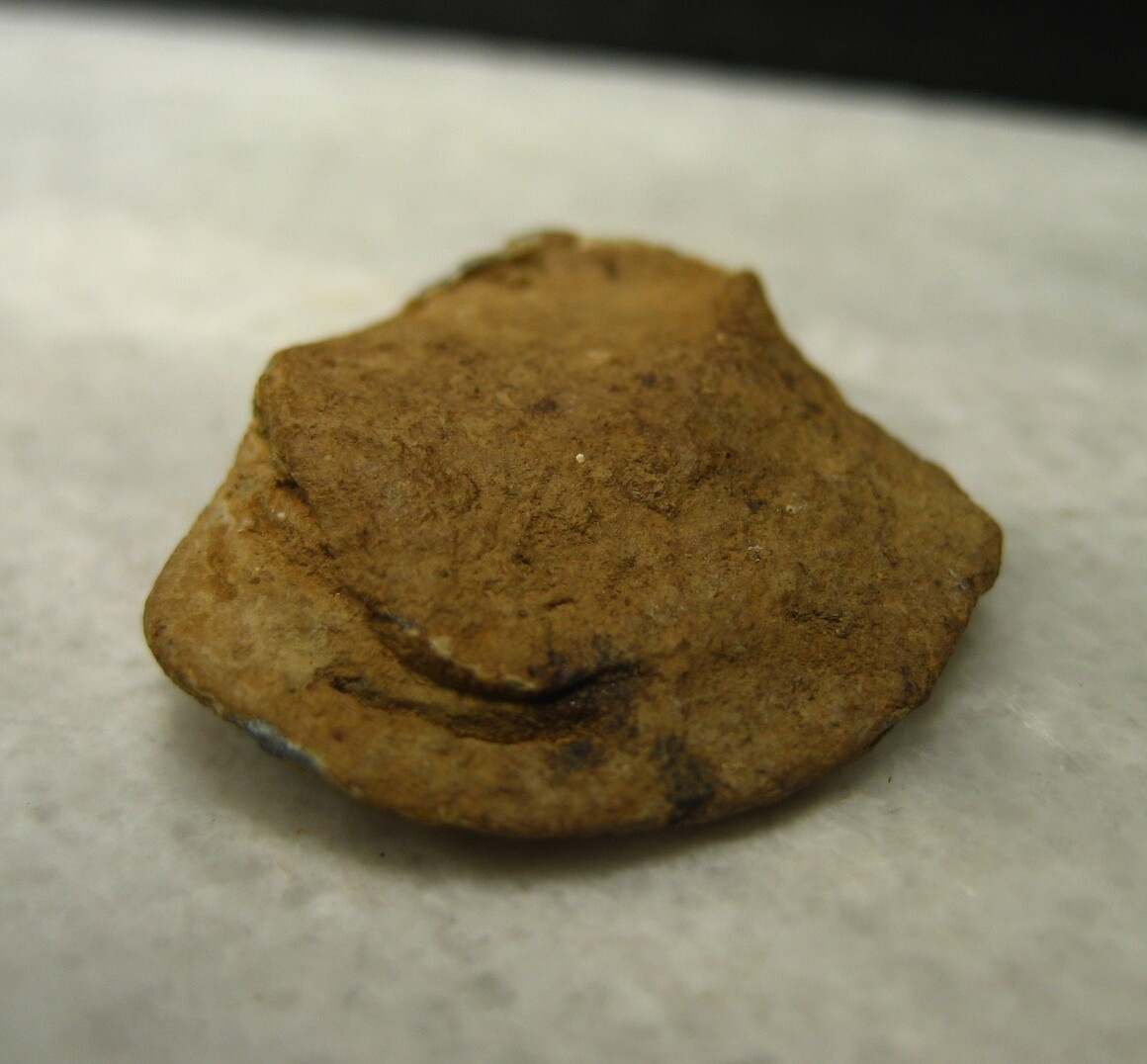 A fired bullet which appears to have wood fragments stuck to it (based on how mangled it is , it does seem very possible it struck solid wood) that was found near one of the most famous battle locations of the Civil War - the Bloody Angle at Spotsylvania. A large bend (known as the mule shoe) sat at the center of the Confederate trenches at Spotsylvania. The area was attacked by General Hancock's II Corps (about 15,000 men) on the morning of May 12th, 1864 - later they would be joined by the VI Corps. The fighting was some of the fiercest of the war, with men battling it out with clubbed muskets, bayonets and fists across the barricades in the rin and mist. The fighting lasted for twenty-four hours. A twenty-two inch oak tree was toppled as a result of the intense gunfire it was subjected to after the bullets eventually cut through its trunk. 9,000 Union soldiers and 8,000 Confederate soldiers became casualties at the Bloody Angle. The bullet comes from the collection of James Weitzel and was likely recovered in the 1960s. A provenance letter will be included.