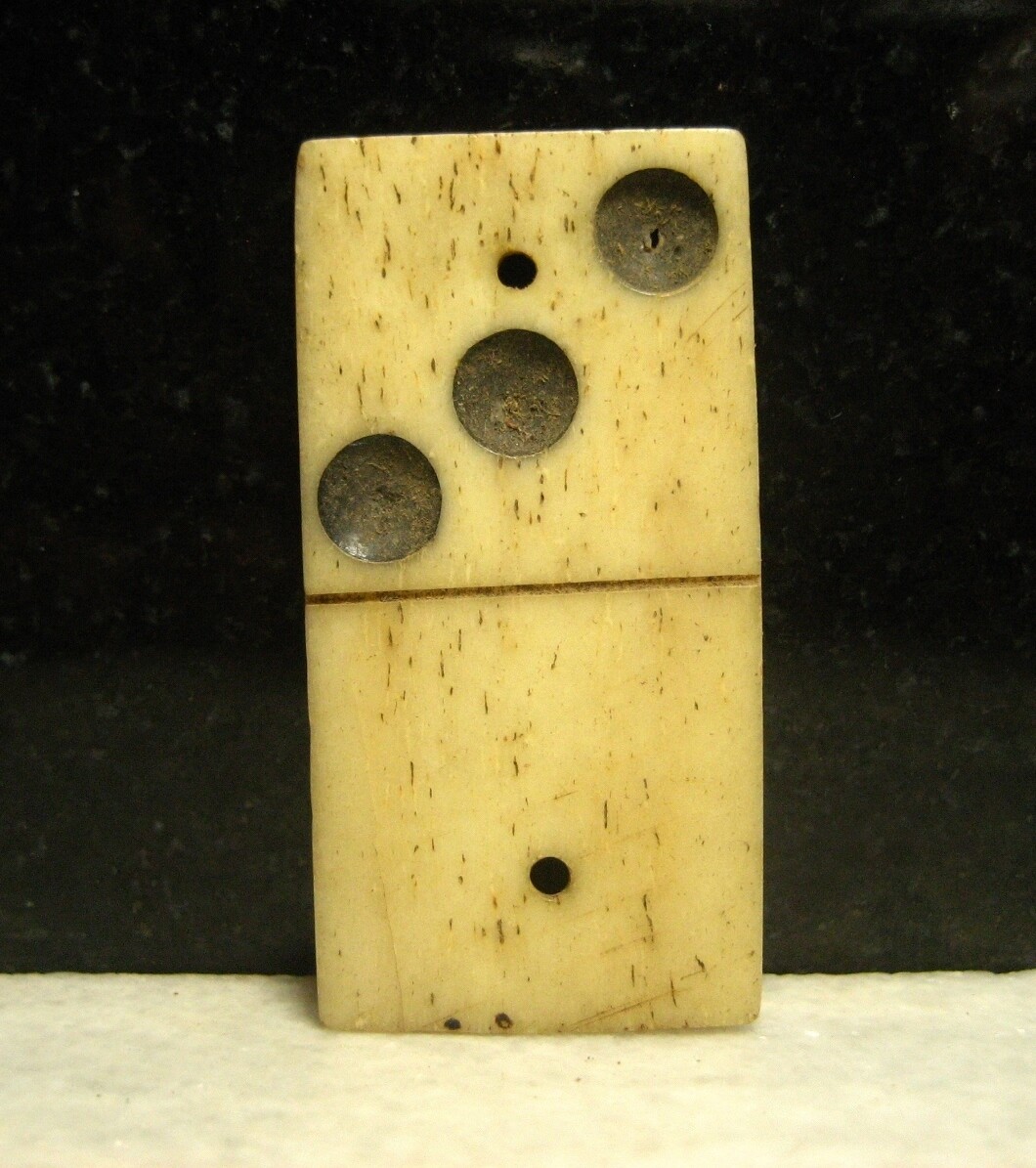 A soldier's bone domino (1 5/8 inches long), which is missing the ebony bottom, that was recovered at the site of a Confederate Picket Post on the Chickahominy River in Virginia. It is cool to think that this was being used by Confederate soldiers to pass the time on the front. The Chickahominy became a prominent geographical feature during 1862 and 1864 operations on the peninsula southeast of Richmond. It proved to be a significant obstacle to McClellan's advance on Richmond during the 1862 Peninsula Campaign. A provenance letter will be included.