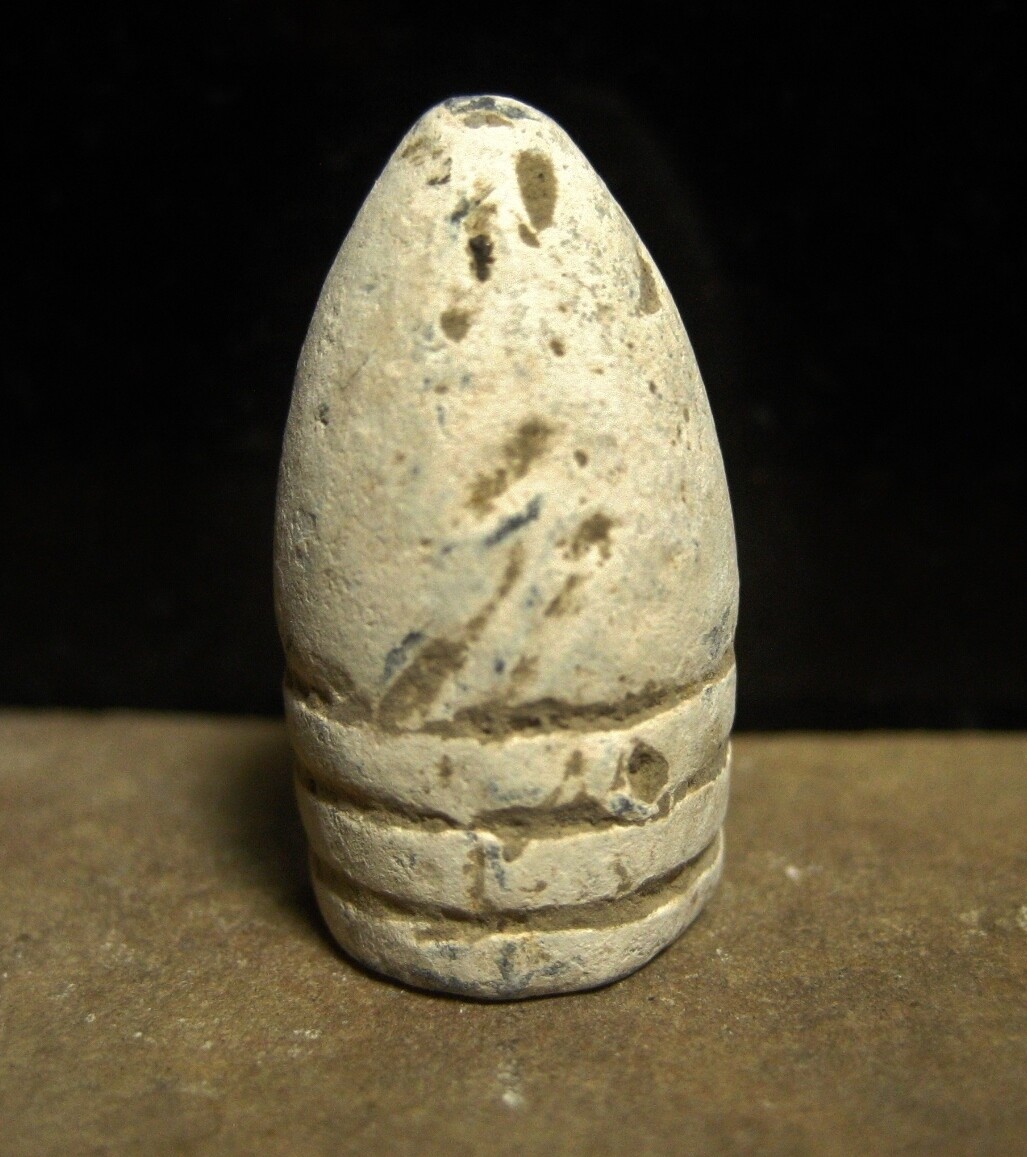 A .58 caliber bullet that appears to be nose cast and has a deep cavity (likely Confederate) that was once part of the famous Rosensteel Collection of Gettysburg. This specific relic was with a group that was identified with an old paper label that indicated that they were found by Ronald Hardman southwest of the hospital (Gettysburg Hospital) with the date of 1958. "Southwest" of the hospital is the area that is currently occupied by the Gettysburg Recreation Park and the Colt Park neighborhood. This area was not only occupied by Confederate forces on July 2nd and 3rd, the ground was crossed by Union soldiers on July 1st and a portion of it was used as a staging area by the III Corps before Pickett's Charge and was subsequently crossed by those units during the attack. This is the first time that this relic has ever been offered on the open public market for sale. The Rosensteel Collection is arguably the most famous collection of Gettysburg relics that has ever existed. John Rosensteel opened his Round Top Museum of Gettysburg artifacts in 1888. The collection, which grew in size as a variety of local collections were acquired, became the nucleus of the Electric Map Museum collection and ultimately the Gettysburg National Park Visitor Center collection. I will include a letter containing the specific provenance information.