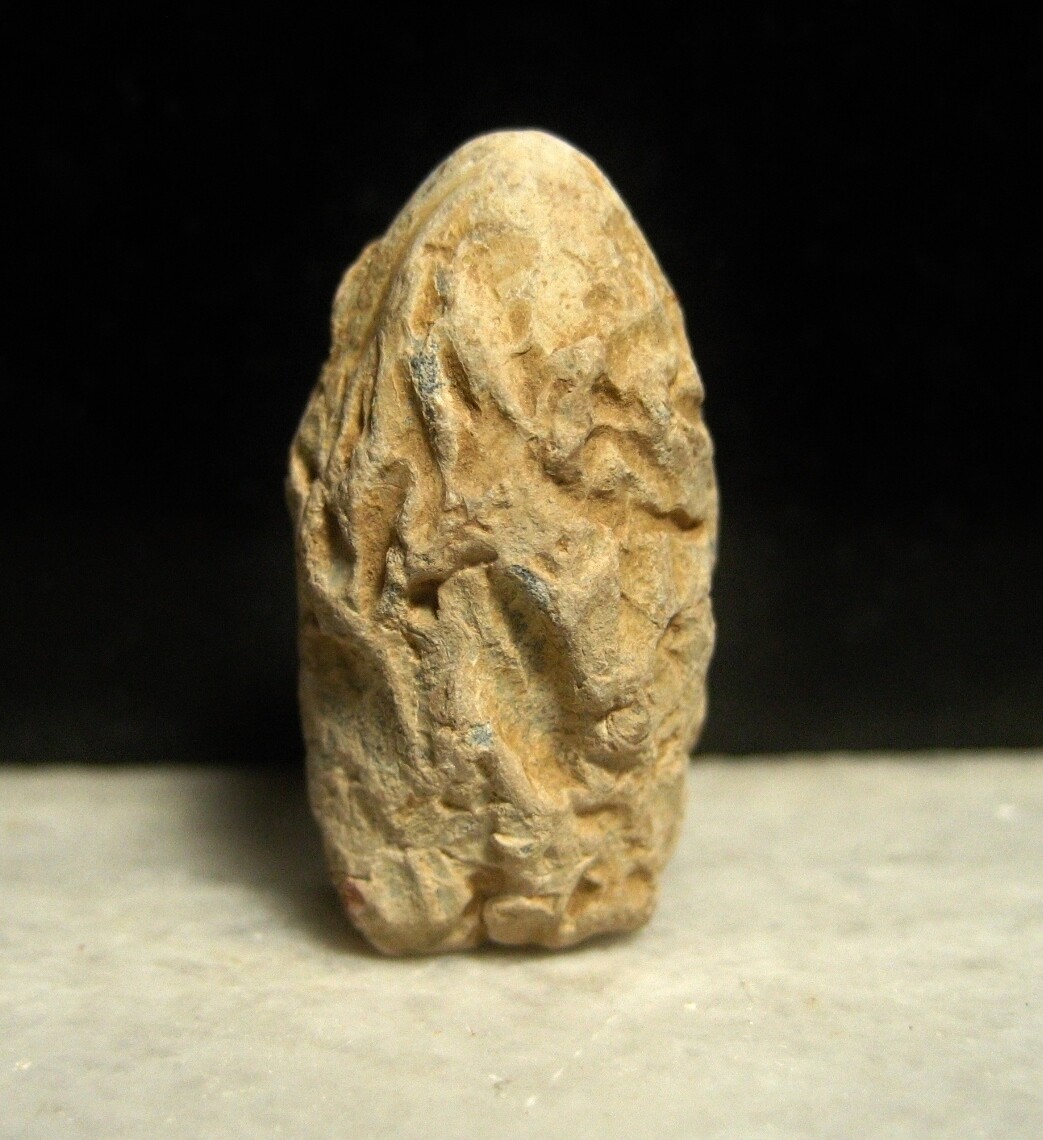 This bullet with teeth marks (almost certainly caused by an animal rather than it being what some called a "pain" or "hospital bullet") was recovered in the 1980s from the area in front of the position held by Parham's Confederates - this is the area over which Slocum's Division attacked (see photo of the map). The relic hunter who found this told me that all of the "splattered" bullets were found close to the stone wall that was defended by the Confederates (it was private property at the time and he had permission). The Battle of Crampton's Gap, one of the South Mountain battles that were intended to delay the advancing Union Army to give Lee the opportunity to consolidate his forces, was an intense affair that lasted several hours despite the Confederates being heavily outnumbered. The effort to hold their position cost the Confederates 42% of the men who were engaged in the fight. A provenance letter will be included.