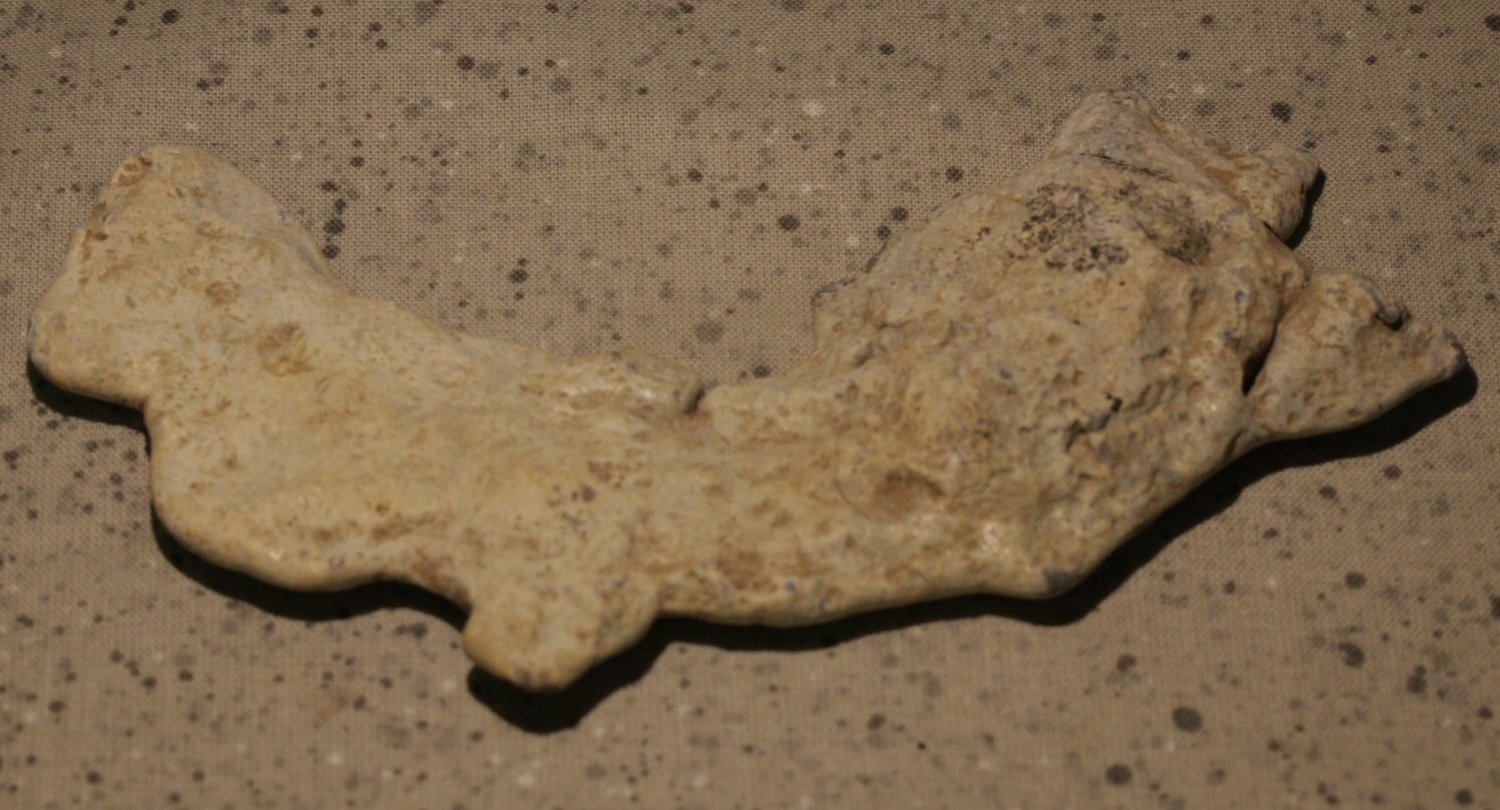 Campfire lead or camp lead is a common find at Civil War sites, but I have never seen a piece this big - in fact, it is so large (5 inches long and 1 3/4 inches wide at widest point) I have to wonder if it was a large group of bullets that were somehow melted in a fire other than a campfire. It was found in November, 1956 in the East Woods. It originally came from the Wentworth Military Academy Collection. A large collection of dug relics, most with labels or in boxes indicating their recovery location and date (apparently put there by the unknown digger), which was originally held by the academy (located in Missouri), was sold at auction in the summer of 2008. The East Woods were one of the three major wooded areas that defined the geography of the morning stage of the battle. I will include a letter with the specific provenance.