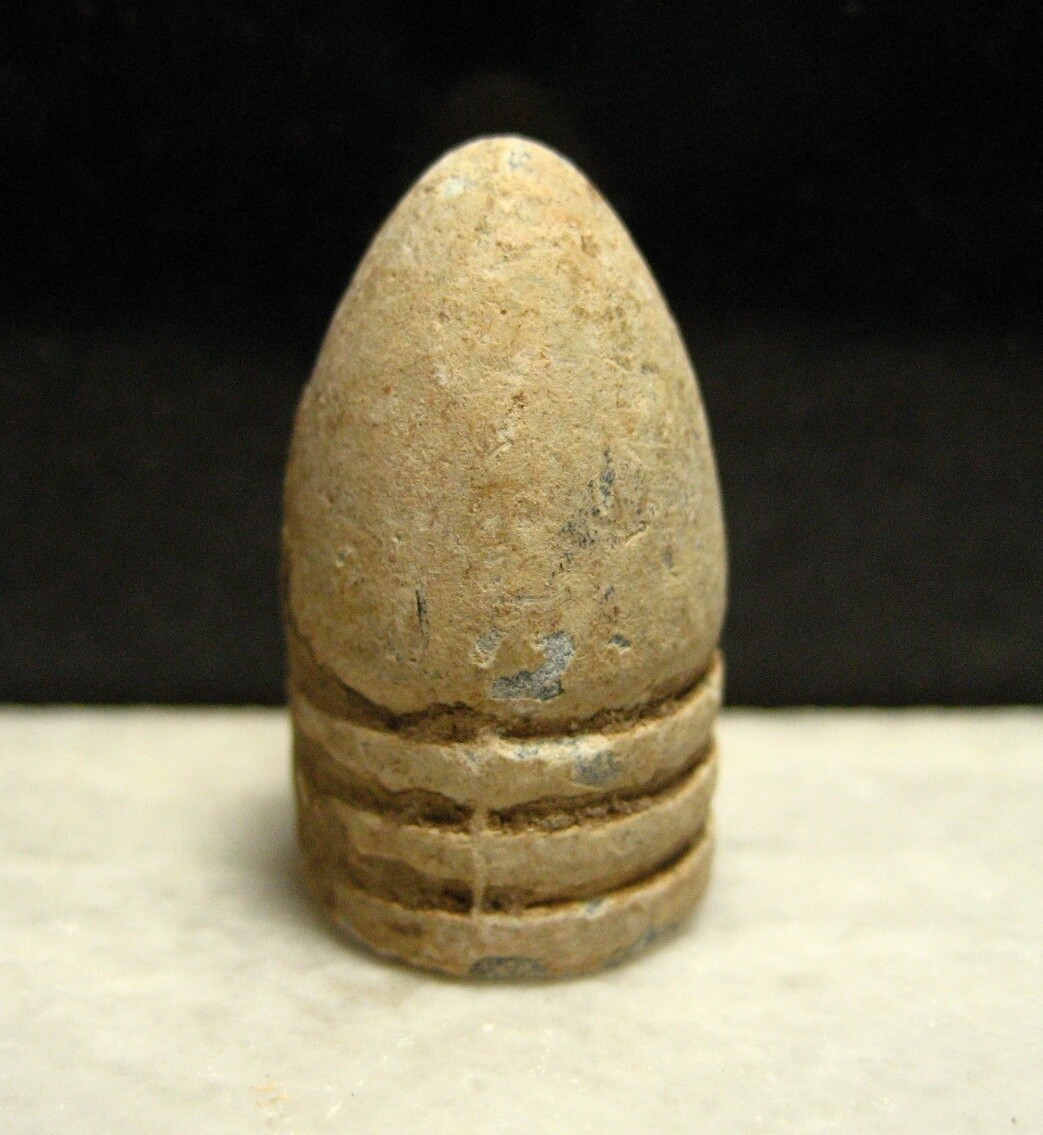 This bullet with star in the cavity (often called a Washington Arsenal bullet) was found at the site of the Battle of Blackford's Ford (also known as the Battle of Shepherdstown or the Battle of Boteler's Ford) in 1959. It originally came from the Wentworth Military Academy Collection. A large collection of dug relics, most with labels or in boxes indicating their recovery location and date (apparently put there by the unknown digger), which was originally held by the academy (located in Missouri), was sold at auction in the summer of 2008. This battle was an intense affair that was fought as Lee's Army tried to cross the Potomac River after the Battle of Antietam. I will include a letter with the specific provenance.