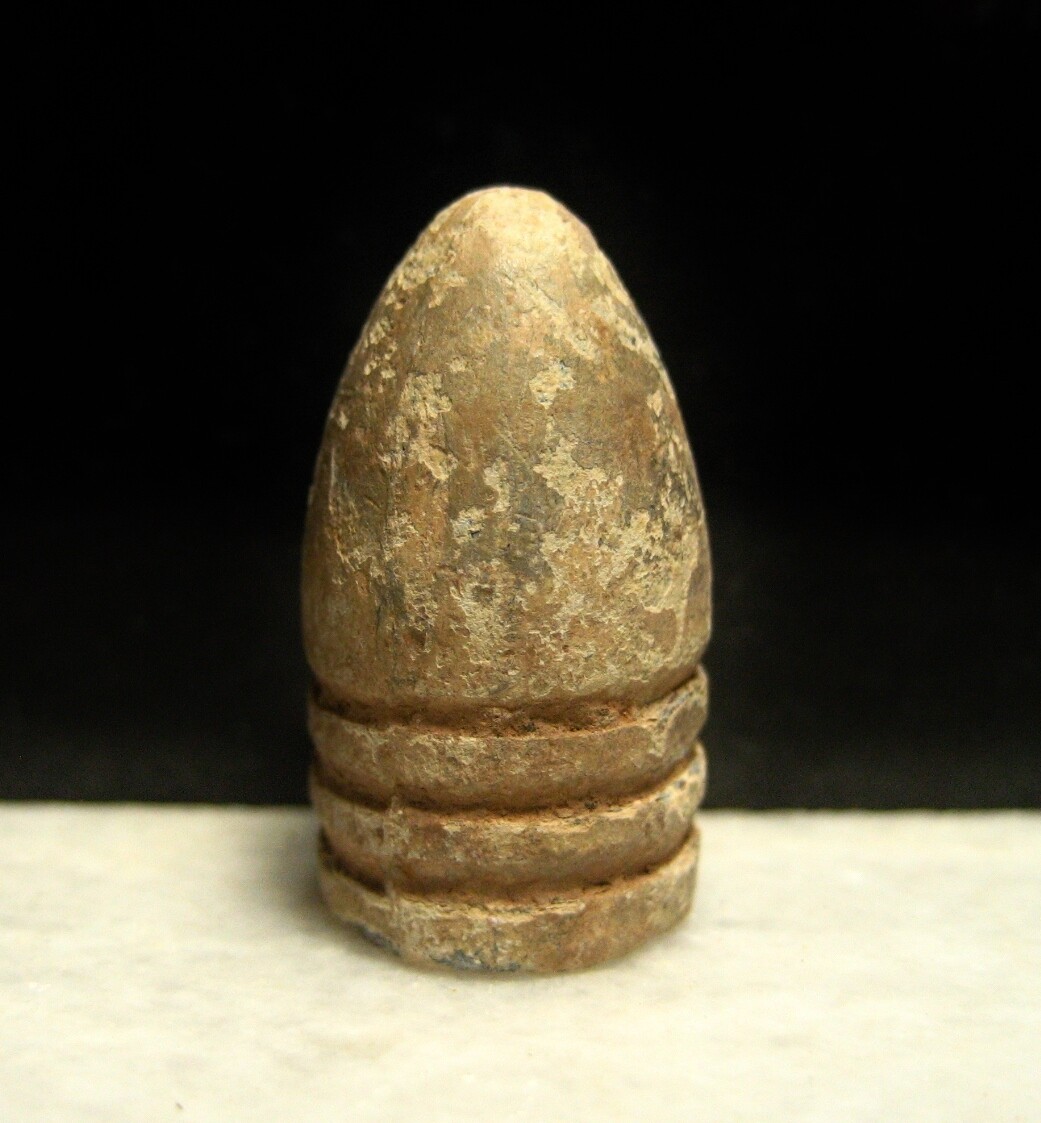 A dropped .58 caliber bullet that was recovered at the Farley House at Brandy Station in the 1990s (private property with permission). The Farley House, built in 1801, was used at multiple times during the war as a headquarters including by Generals Robert E. Lee. J.E.B. Stuart and John Sedgwick and the plantation was fought on during the famous Battle of Brandy Station. A provenance letter will be included.