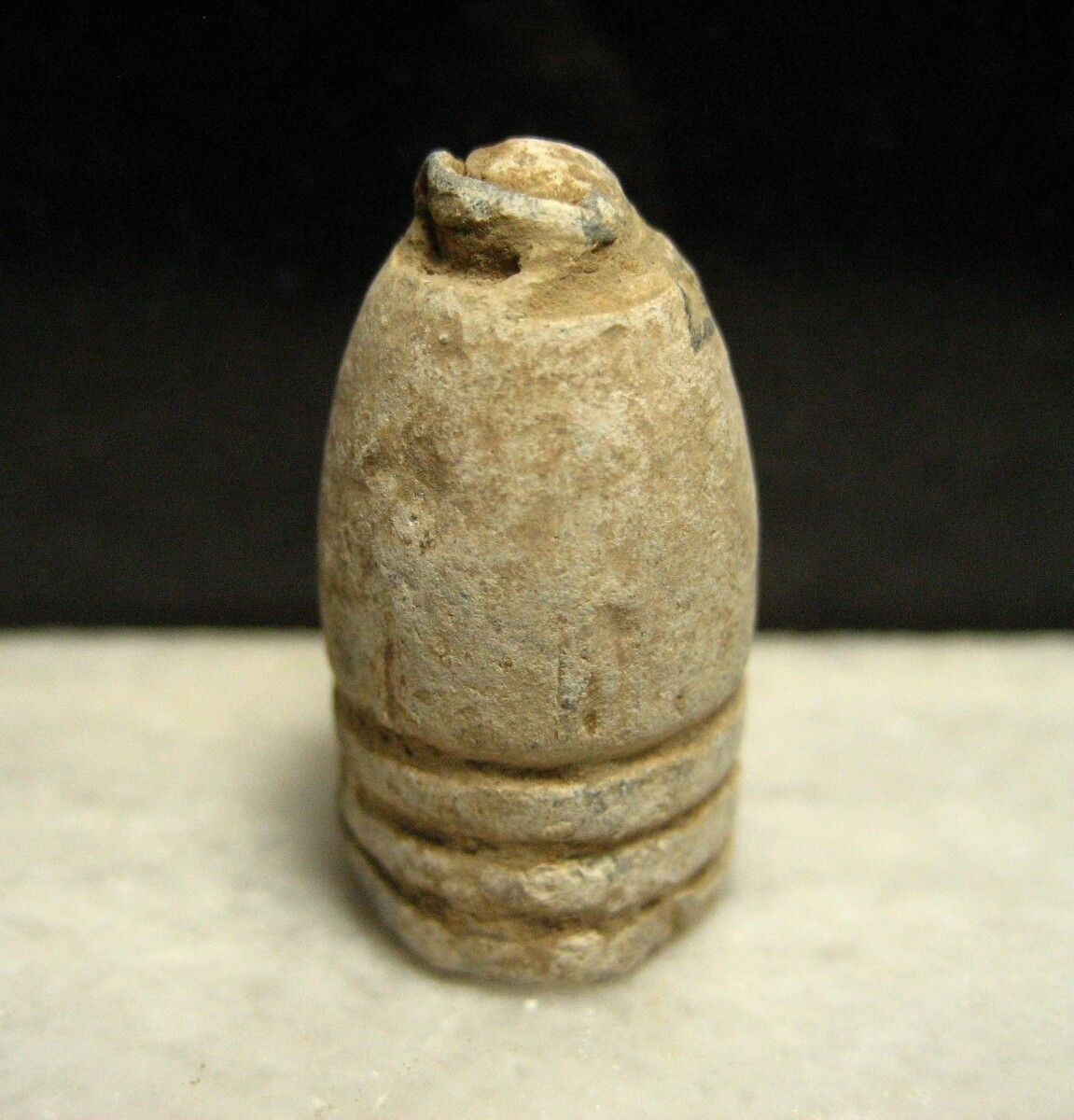 JUST ADDED ON 11/13 - THE BATTLE OF ANTIETAM / SMOKETOWN ROAD NEAR THE EAST WOODS - Pulled/Misfired .54 Caliber Bullet found in the Early 1970s

A pulled/misfired .54 caliber bullet (it still has dirt in the cavity) that was recovered in the early 1970s from a farm along the Smoketown Road, very close to the East Woods (private property at the time, with permission). Major General Joseph Mansfield's XII Corps moved up the Smoketwon Road on the morning of the battle and entered the East Woods. Mansfield was killed during this advance. A provenance letter will be included.