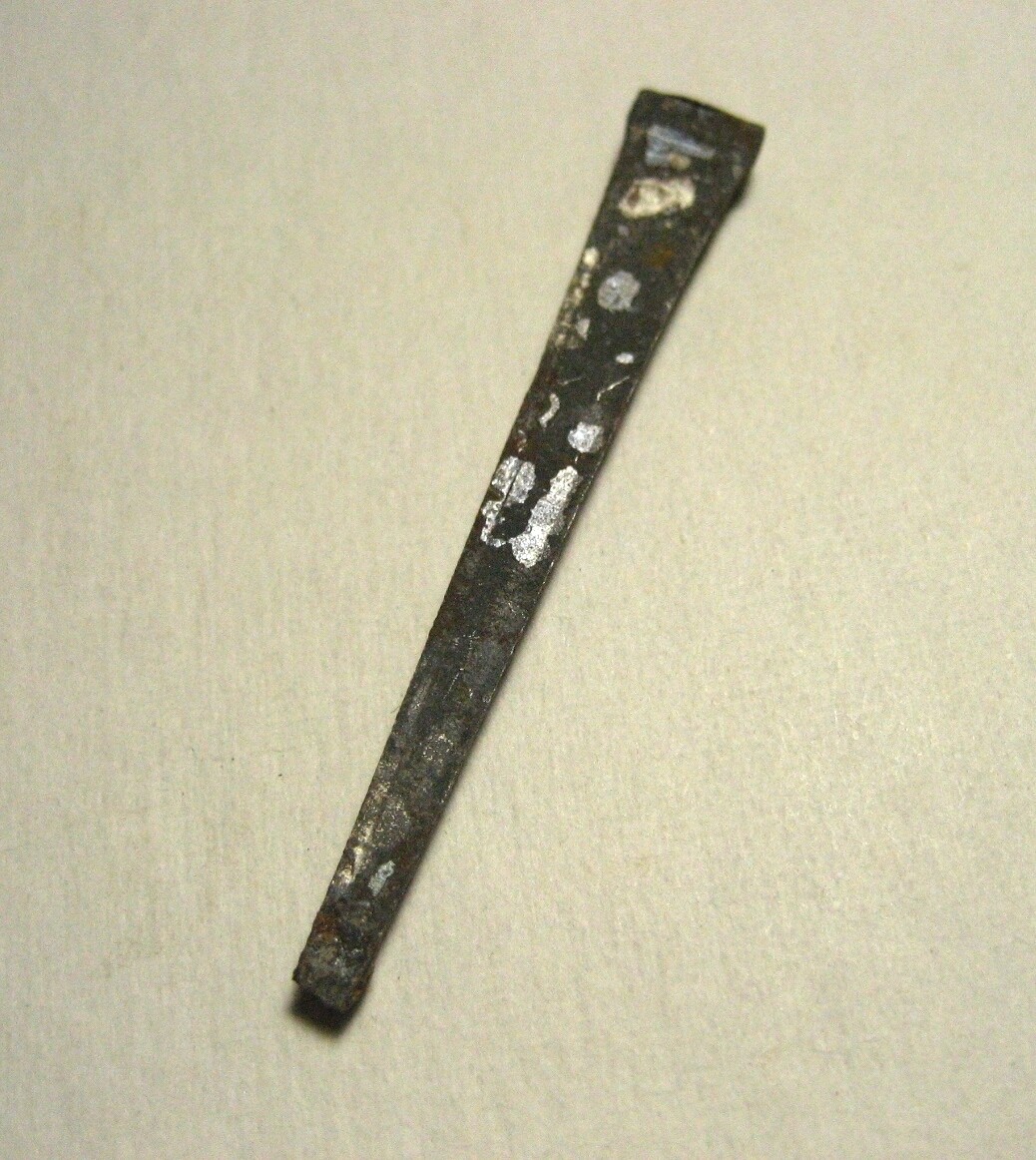 This large square nail (2 inches long), which lacks the rust one might expect, was a part of the collection of the famous relic hunter Bill Gavin and was in a group of relics that were identified as having been found in the area of Meade's Attack at Fredericksburg. Bill Gavin was the first relic hunter to use a metal detector to search for Civil War artifacts (back in the 1940s - the first location was Cold Harbor) and amassed a huge collection of items in the decades that followed. Gavin wrote four books, including the well-know "Accoutrement Plates North and South, 1861-1865" and several articles and was well respected for his knowledge in the field. He passed away in 2010. The Battle of Fredericksburg, fought primarily on December 13th, 1862, is best remembered for the doomed Union frontal assaults on the Confederate position behind a stone wall on Maryes Heights. Earlier in the day, however. Meade's men nearly won the day by breaking through Jackson's line until they were driven back and suffered heavily in the Slaughter Pen. I will include a provenance letter.