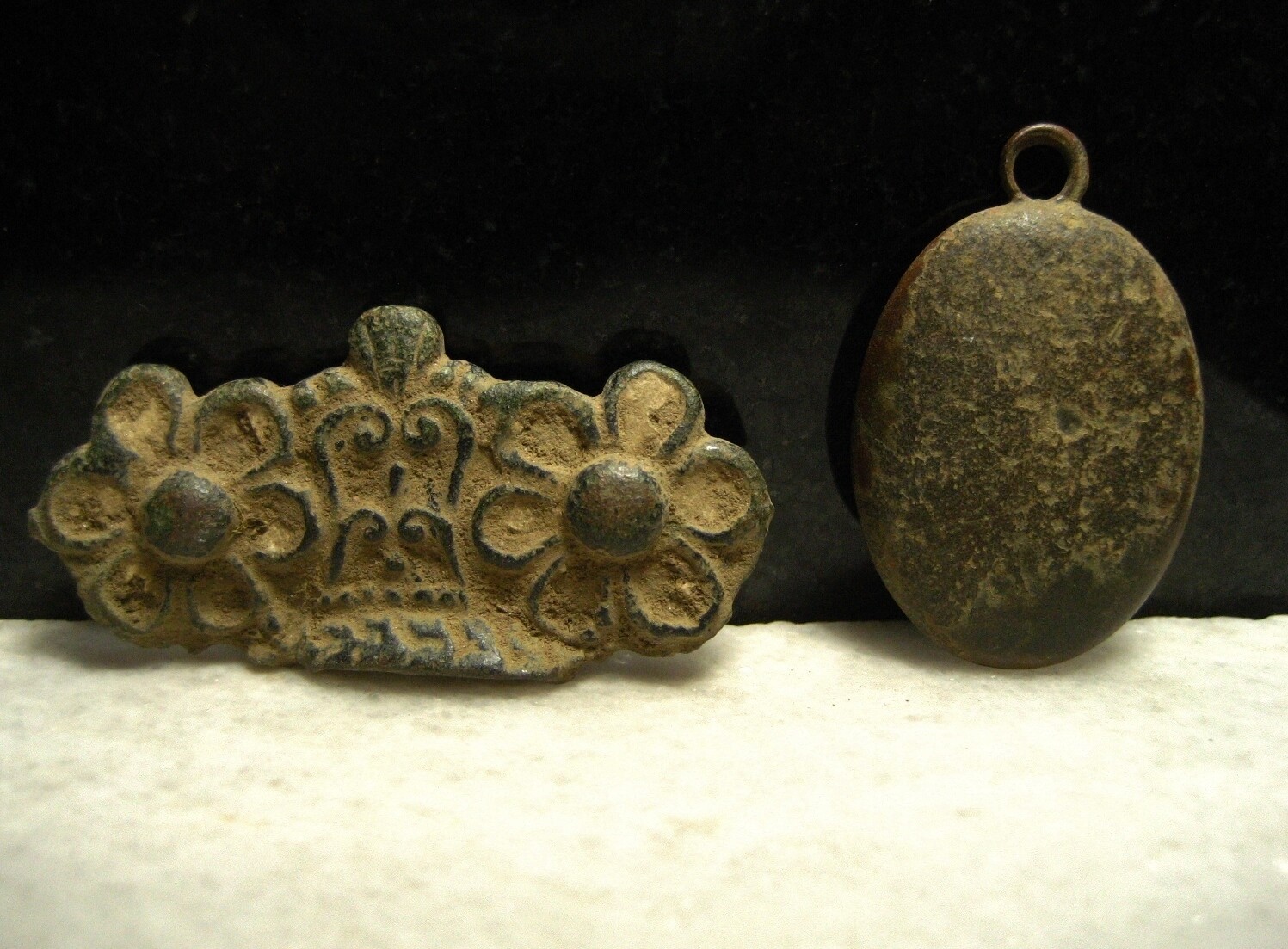 Two brass relics - a locket half (1 1/4 x 3/4 inches) and a decorative piece that may have come from a box(?) (1 5/8 x 7/8 inches) that were recovered in the Confederate trenches at Mine Run. The Mine Run Campaign was a potential major battle that never came to be. After Gettysburg, Meade was pushed to advance against the Confederate Army in Virginia and did so in November of 1863. After an intense fight around Payne's Farm, the Union Army came upon Lee's Army which was well-entrenched along Mine Run. Attacks were considered and the position was probed but ultimately it was determined that the position was too strong. A provenance letter will be included.