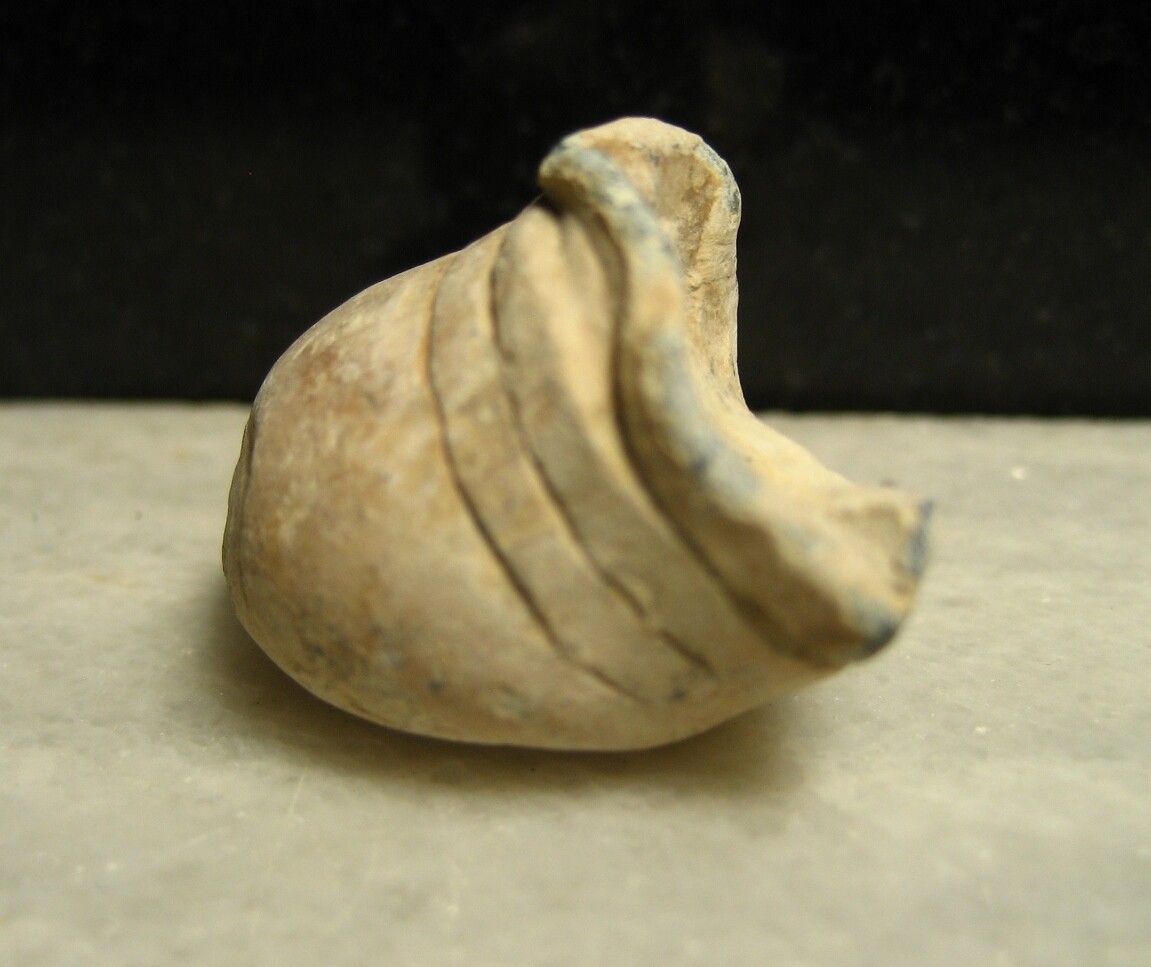 This is a rare instance where a Shiloh artifact has a specific location provenance - most of the relics I have had are just identified as Shiloh. This fired .69 caliber bullet, which apparently tumbled in mid-air and struck rear first, was recovered in the area where the Confederate attacked the Union camps on the left on the morning of April 6th in the area of Spain Branch (private property at the time, with permission). This is the general area where Hurlbut's Division was located. A provenance letter will be included.