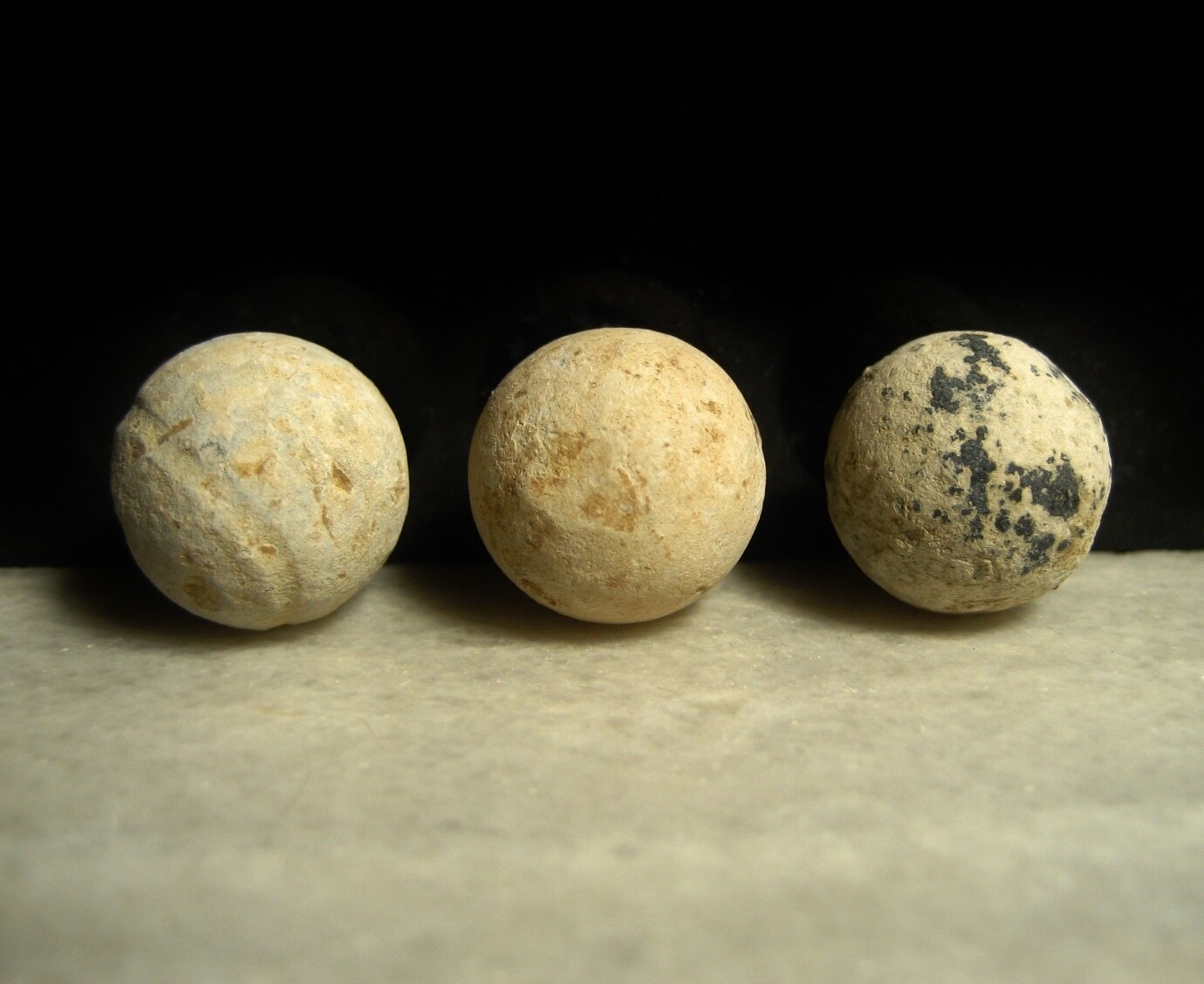 One .69 caliber musket ball (it may have a ram rod impression) and two lead case shot balls (both close to 2/3 inch in diameter) that were found on the farm that is enclosed by the Cornfield Road, Smoketown Road and Old Hagerstown Pike (known today as the Wilson Farm). During the battle, this area was between the Cornfield and the Dunker Church and also included a portion of the East Woods. It saw heavy action throughout the morning of the battle (I have included a map that shows the location of the farm during the morning of the battle). This is one of the few farms on the heart of the battlefield that was still in private hands (until purchased for preservation recently) and saw intense fighting and significant bloodshed. These relics were found by a relic hunter in October of 2001 (with permission). A provenance letter will be included.