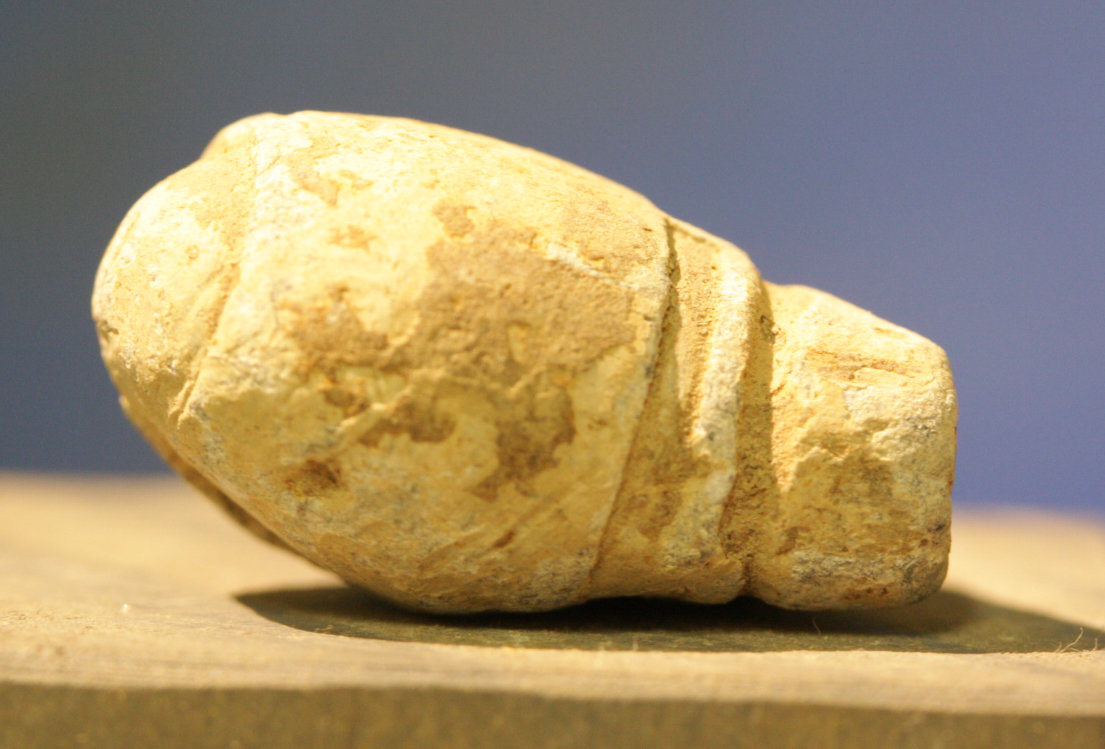 This fired Gardner bullet with ram rod mark on the nose was found in the saddle (or valley) between Little Round Top and Big Round Top at Gettysburg. This area would have been directly in front of most of Vincent's Brigade including the 20th Maine and was crossed by the Confederates during the attack on July 2nd. This artifact was a part of the collection of Iva Rosensteel, sister of George Rosensteel (founder of the Gettysburg National Museum and the famous Electric Map) so the provenance could not be better. This is the first time that this artifact is being offered for public sale and I feel very privileged in the opportunity to offer it. The Rosensteels were, of course, the most famous artifact collecting family in Gettysburg and the bulk of the relics on display at today's Gettysburg National Park Visitor Center come from the Rosensteels. A signed provenance letter will be provided with this relic.