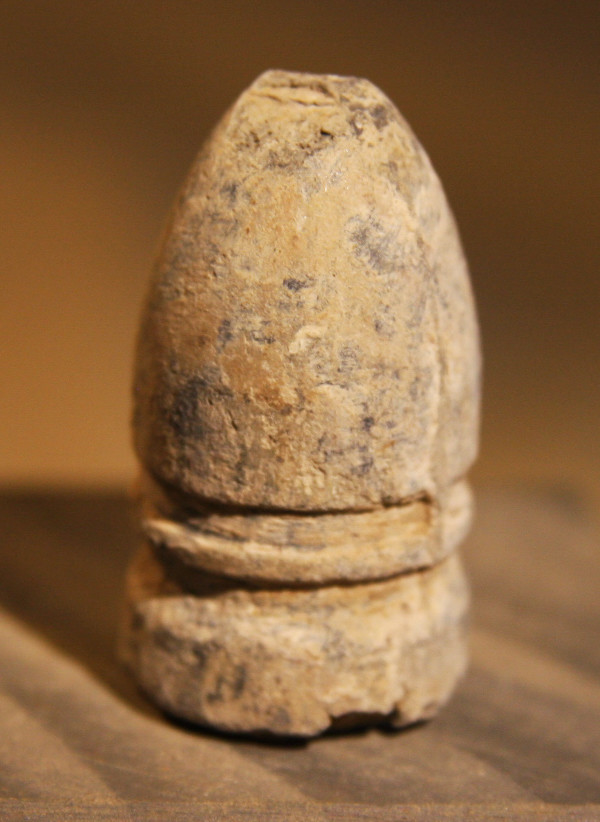 A .58 caliber Gardner bullet that was recovered at the site of the Battle of Monterey Pass in the 1990s. The Battle of Monterey Pass was fought on July 4th & 5th, 1863, during the Army of Northern Virginia's retreat from Gettysburg. It was a short but intense fight which ultimately cost the Confederates over a thousand prisoners and part of their wagon train. A provenance letter will be included.