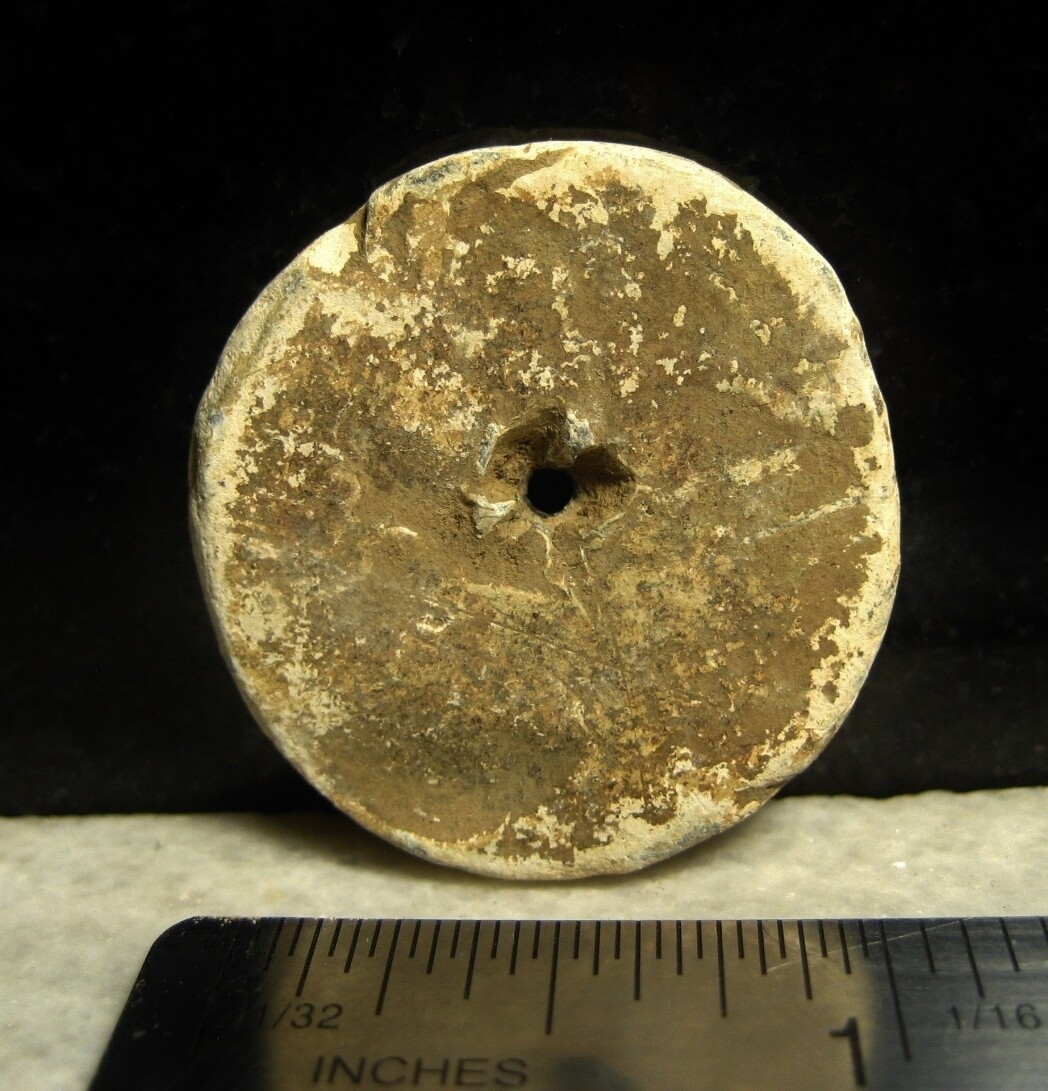 SKU GIRSMF-02
$15.00
Out of stock
1
Product Details
A bullet that was pounded flat and had a hole carved in the center - perhaps intended to be a button? - that was recovered many years ago on South Mountain Farm which sits on the Cashtown Pike about one mile east of Cashtown. This area apparently saw heavy activity from the Confederates as they approached Gettysburg. It was relic hunted for many years and produced numerous Confederate plates and buttons. This comes from a relic hunter who was among the first (if not the first) to hunt there. The farm is protected now, so no more relic hunting can occur. A provenance letter will be included.
Save this product for later