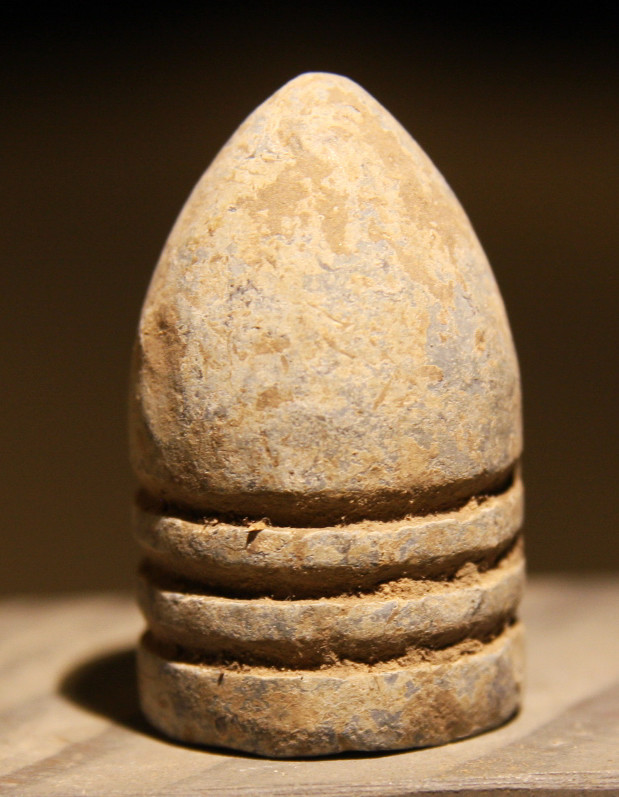 This dropped .69 caliber bullet was found in the Poffenberger Woods at Antietam in August 1956. It originally came from the Wentworth Military Academy Collection. A large collection of dug relics, most with labels or in boxes indicating their recovery location and date (apparently put there by the unknown digger), which was originally held by the academy (located in Missouri), was sold at auction in the summer of 2008. The Poffenberger Farm played an important role in the battle. I will include a letter with the specific provenance.