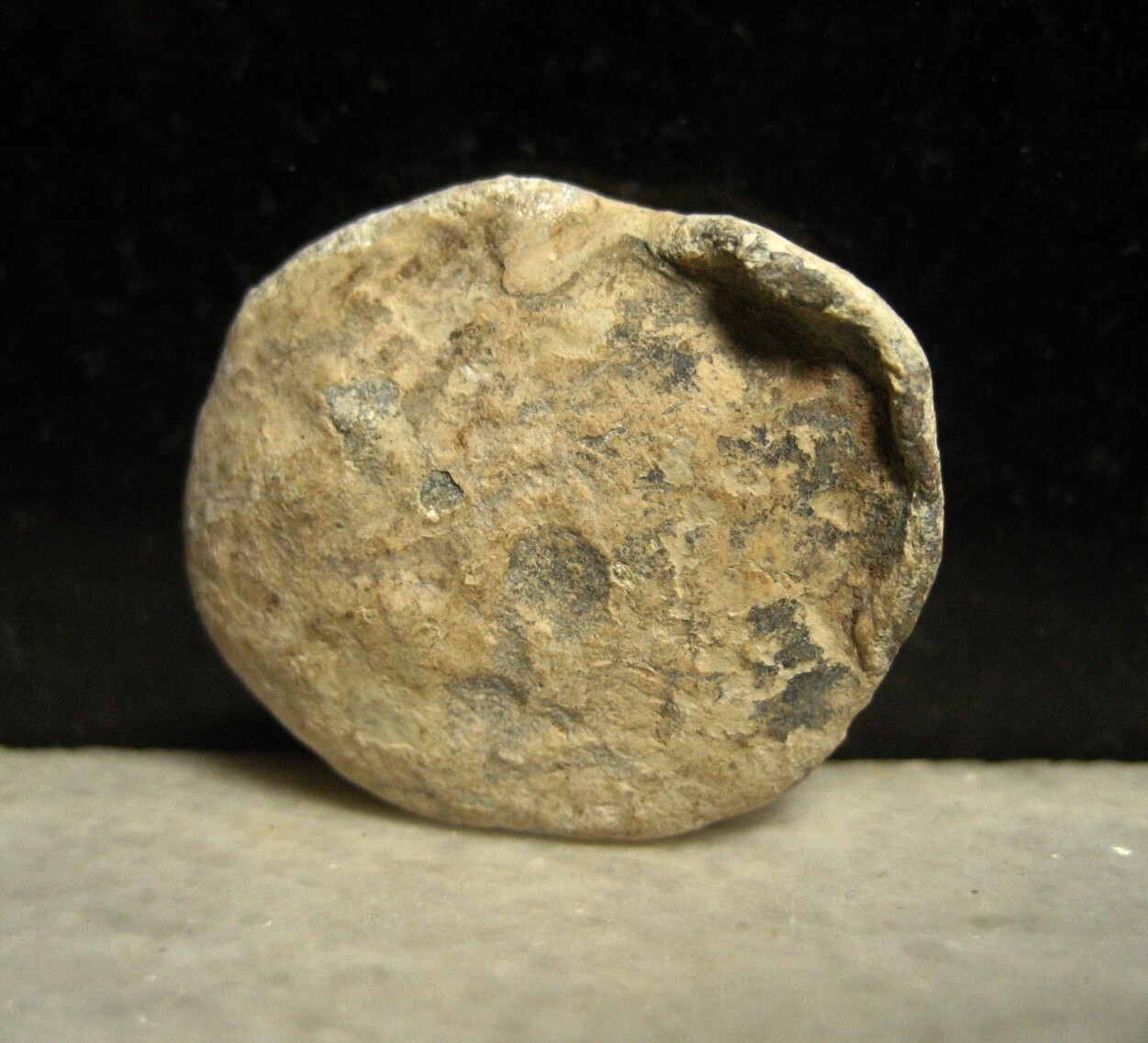 A fired musket ball that struck at high velocity (causing it to splatter evenly) that was recovered in the area of Meade's attack on the Confederate right (Jackson's line) during the Battle of Fredericksburg. It was recovered in April of 1971. This artifact comes out of the collection of William Reger who lived in Berks County, Pennsylvania and relic hunted at a variety of sites from the late 1950s to the mid 1970s. Reger carefully identified his artifacts with typed labels. The Battle of Fredericksburg, fought primarily on December 13th, 1862, is best remembered for the doomed Union frontal assaults on the Confederate position behind a stone wall on Maryes Heights. Earlier in the day, however. Meade's men nearly won the day by breaking through Jackson's line until they were driven back and suffered heavily in the Slaughter Pen. A provenance letter will be included.