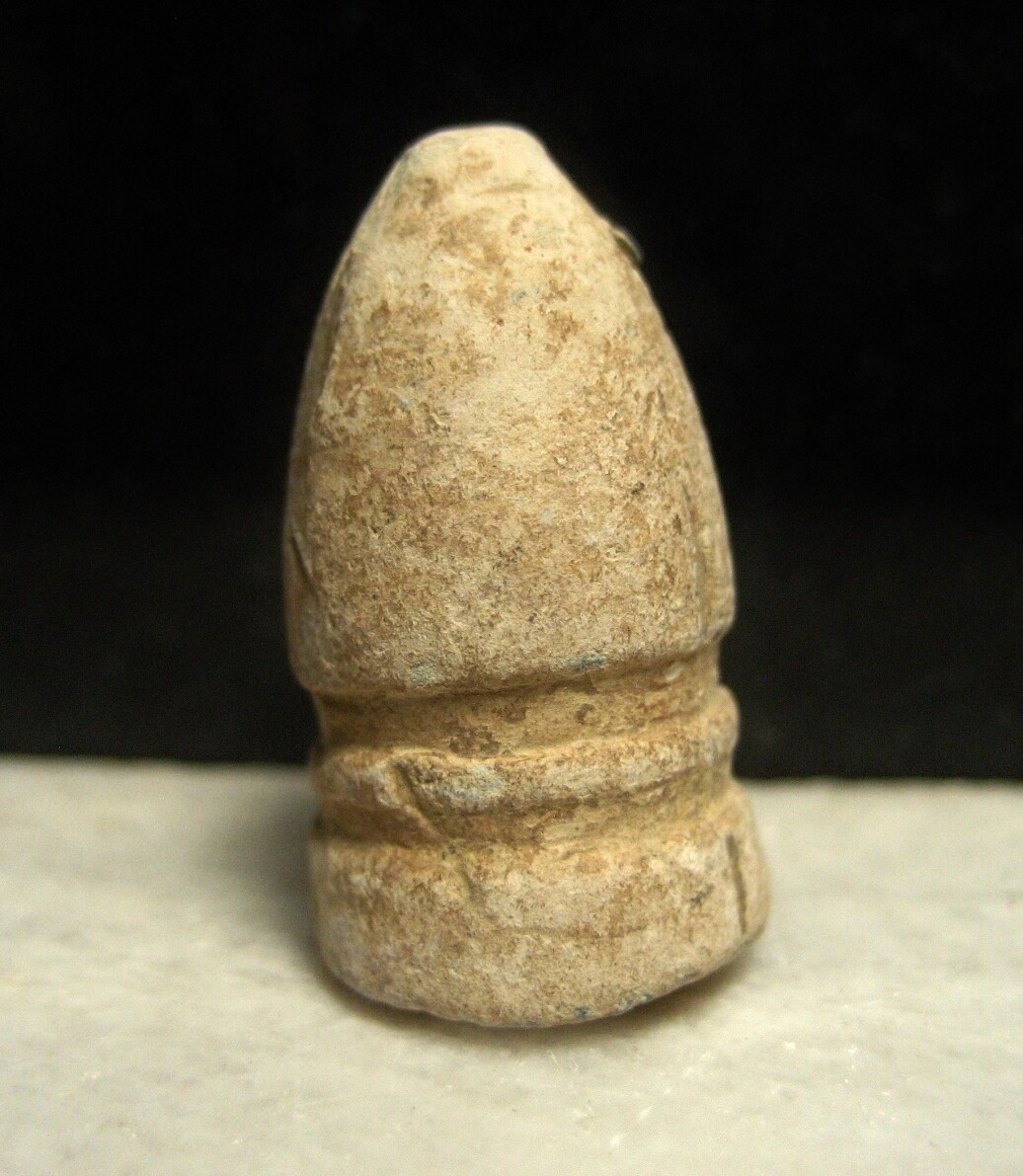 This .58 caliber bullet Gardner bullet, which has a cut in the nose and skirt that may have been caused by a plow, was recovered by a local relic hunter along the Emmitsburg Road just south of the Gettysburg National Military Park's boundary close to the area occupied by Law's Brigade before it began its attack on July 2nd (private property with permission). A provenance letter will be included.