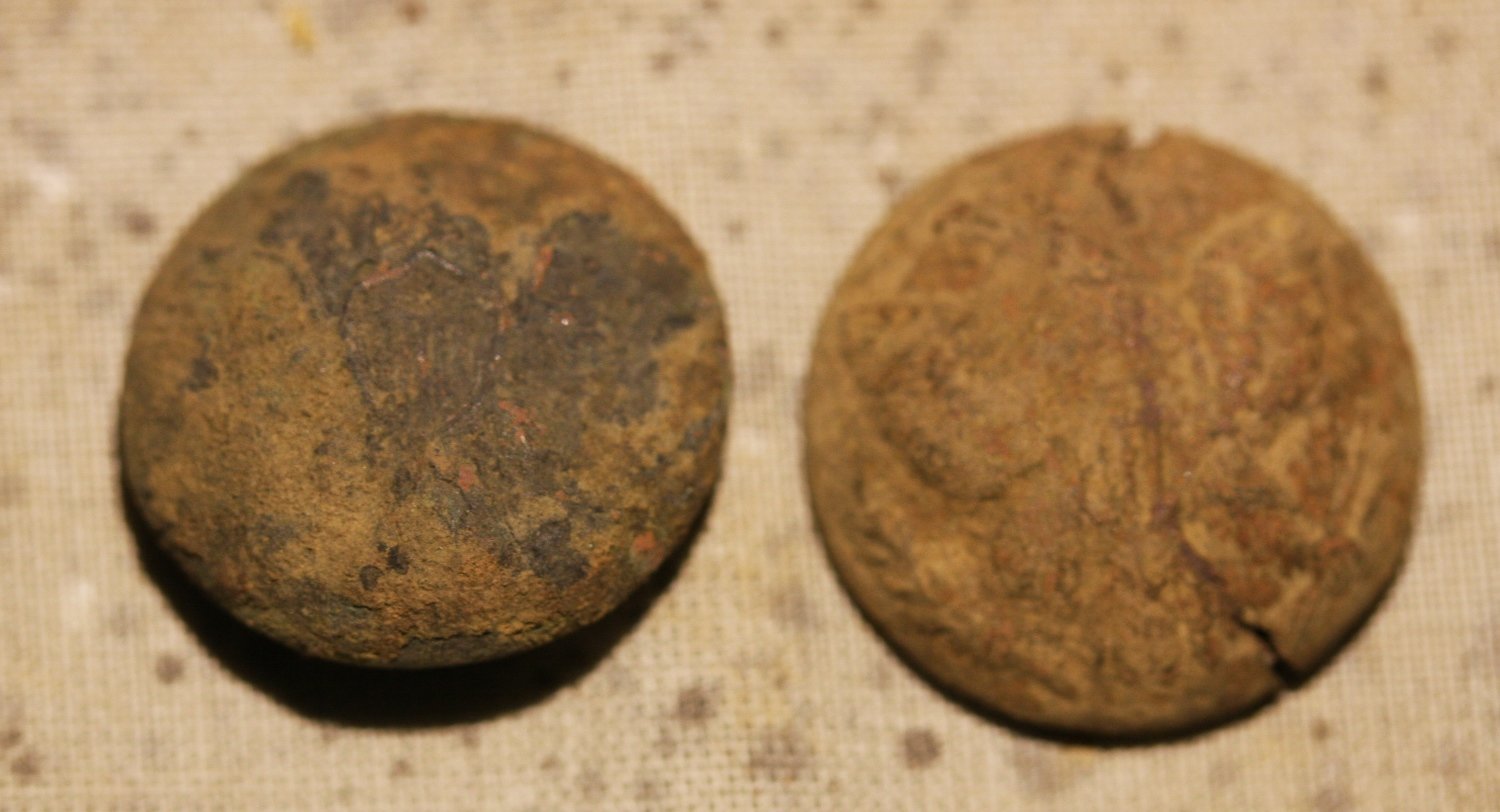 Two eagle coat buttons - one has a damaged back and is missing the shank - that were a part of a large Pennsylvania collection of relics that were recovered in the 1950s, 1960s and 1970s. These artifacts were stored with others that were identified with a typed label which indicated that they were recovered in 1974 from one of the Union winter camps in Stafford County, Virginia. A provenance letter will be included.