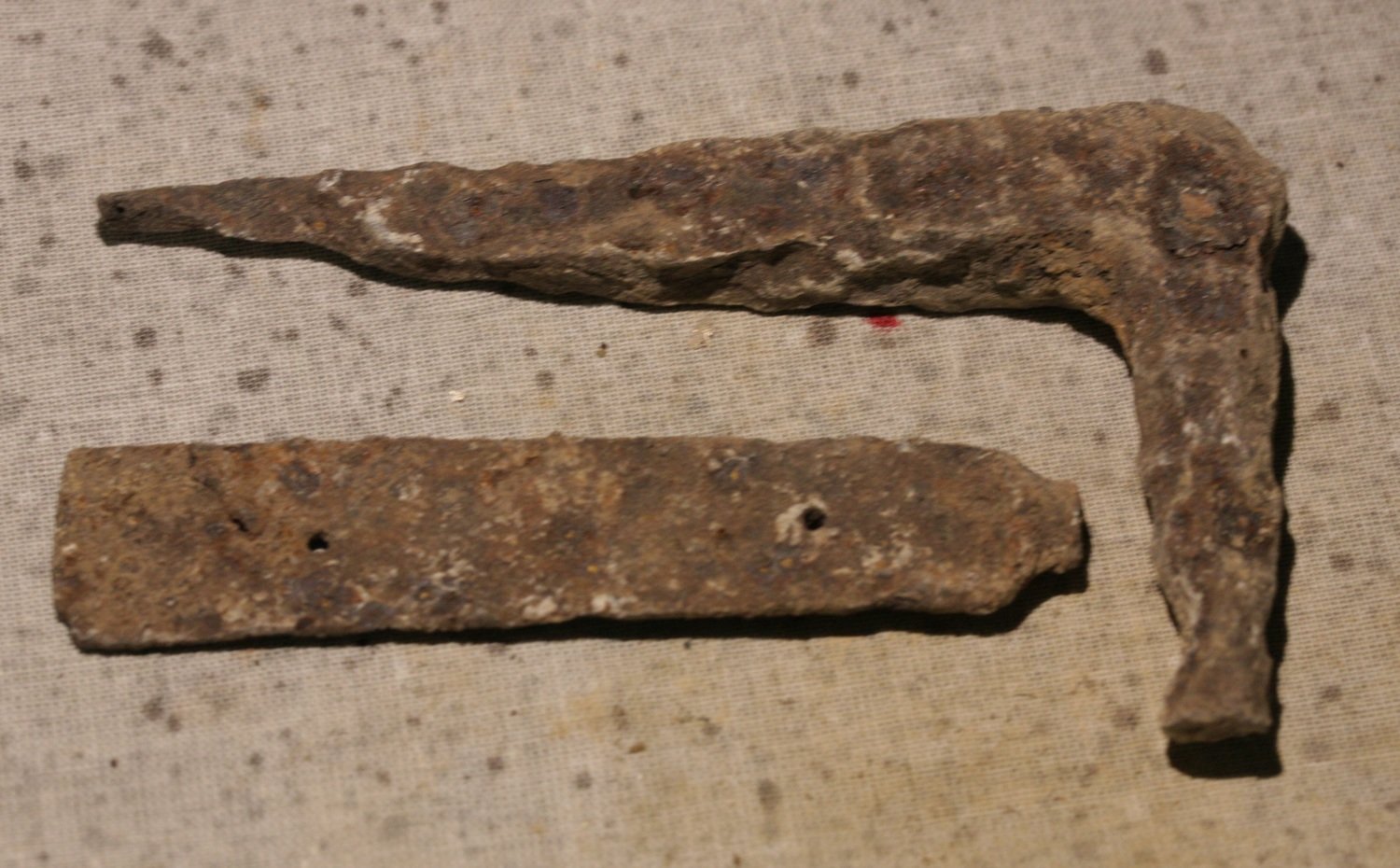 SKU WB-TTP13
$7.50
In stock
1
Product Details
Two iron relics, including what appears to be the handle of a fork and another item with interesting curled tip, that were recovered from the Totopotomoy Creek battlefield. These relics come from the collection of Wilbur Bedall, a thirty year relic hunter who amassed a large collection of artifacts and carefully recorded the location of recovery for the items that he found. The Battle of Totopotomoy Creek, fought from May 28th to May 30th, 1864, resulted when the Army of the Potomac was continuing to move around the Army of Northern Virginia's flank after the Battles of the Wilderness, Spotsylvania and North Anna. The Confederates dug a defensive line along the Totopotomoy Creek in the face of the Union advance. As the Union soldiers sought a way to move around the Confederate flank, Lee decided to attack. Initially the Confederate advance was successful but was ultimately stopped. The inconclusive fight cost Lee another 1500 casualties that he could not afford. A provenance letter will be included.
Save this product for later