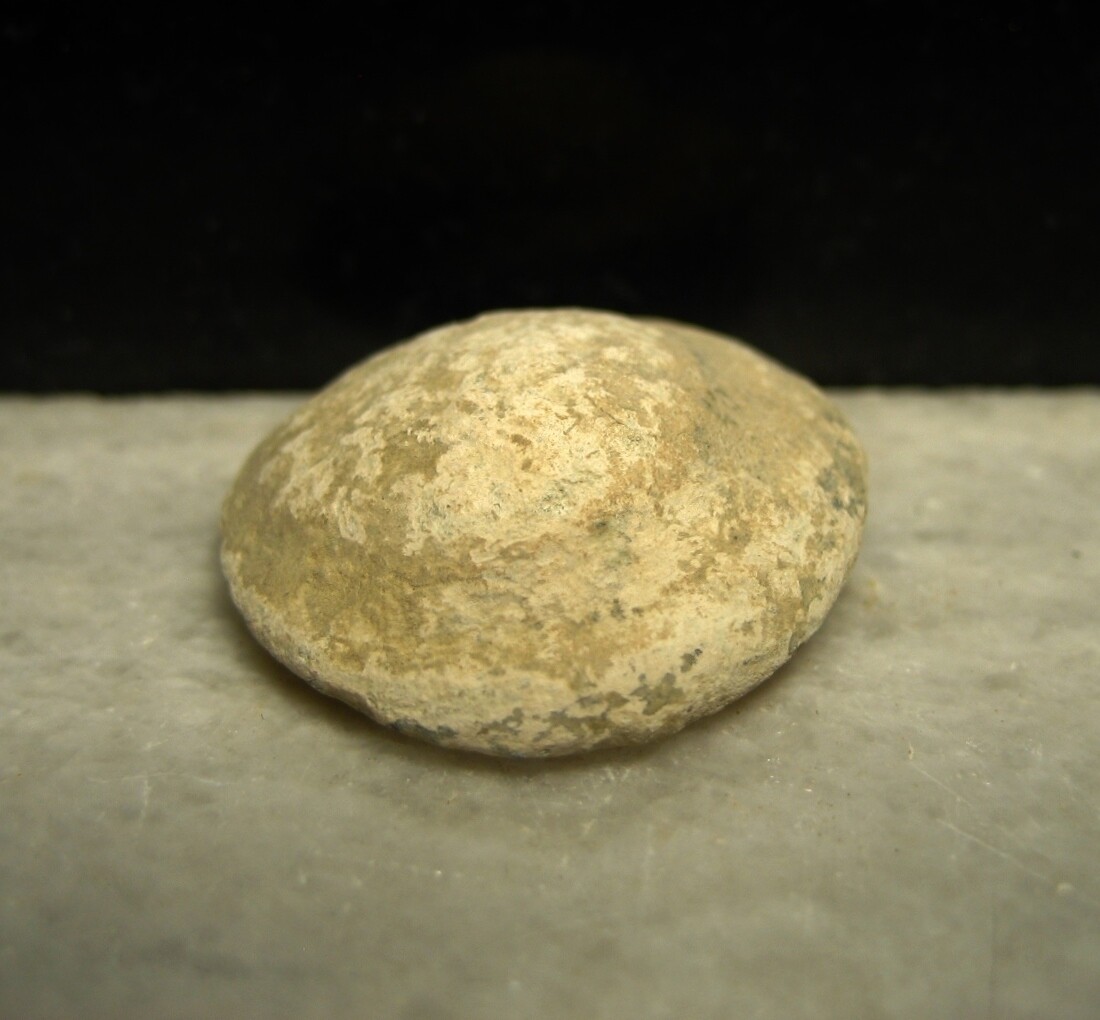 A fired .69 caliber musket ball which evenly splattered on impact that was recovered from the Malvern Hill battlefield. The label (a copy is included) that was with the relic group that this artifact was a part of indicated that they were found on October 10th, 1970. This came from a large Pennsylvania collection of relics that were recovered in the 1950s, 1960s and 1970s that had meticulous documentation in the form of typed labels. A provenance letter will be included.