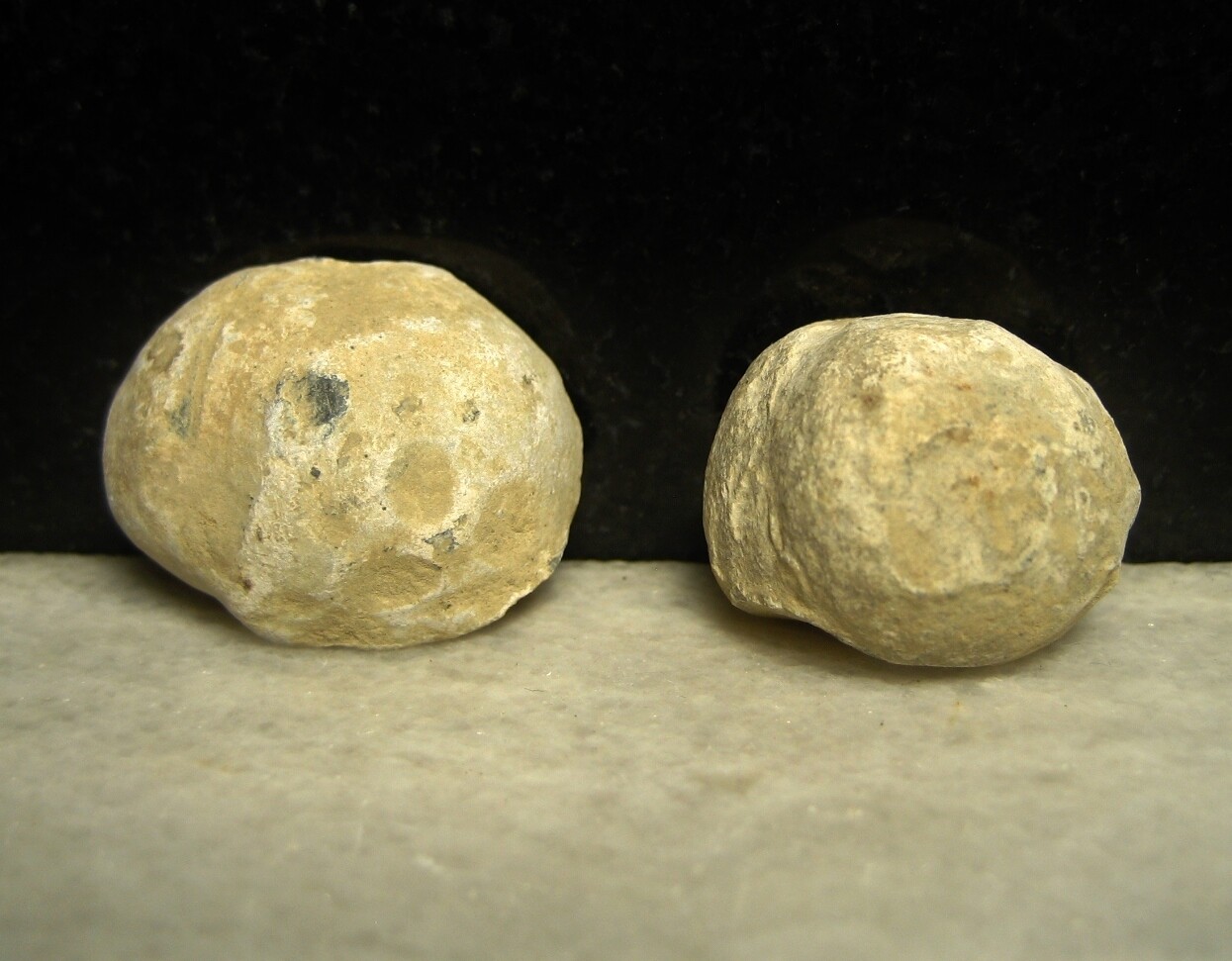 Two fired .69 caliber round balls, one has the impressions from the buck that are characteristic of a buck and ball round, that were recovered from the Malvern Hill battlefield. The label (a copy is included) that was with the relic group that these artifacts were a part of indicated that they were found on October 10th, 1970. This came from a large Pennsylvania collection of relics that were recovered in the 1950s, 1960s and 1970s that had meticulous documentation in the form of typed labels. A provenance letter will be included.