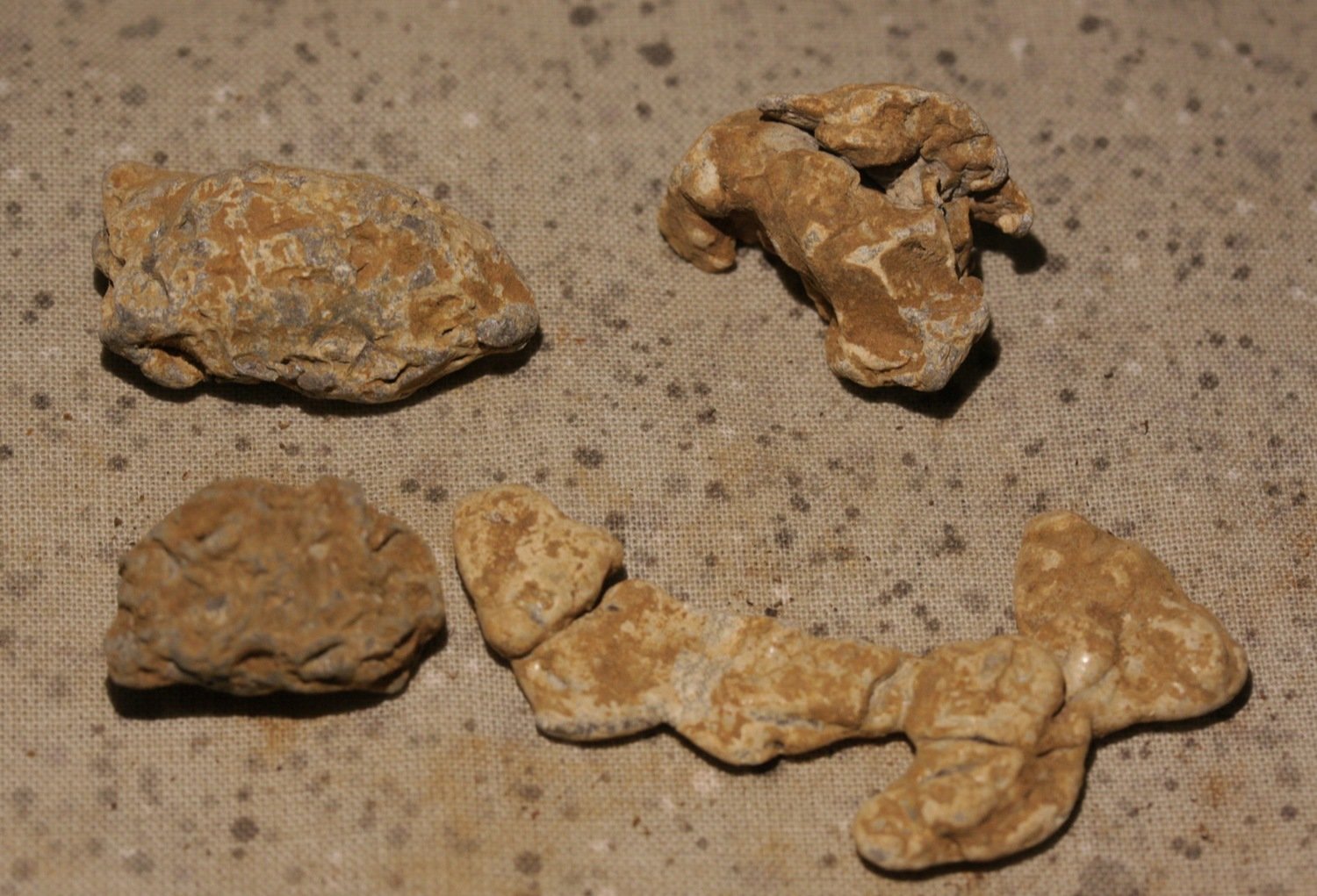 JUST ADDED ON 3/28 - THE BATTLE OF SPOTSYLVANIA - Small Group of Relics, Including two with Teeth Marks - from a Relic Hunter's Old Boxed Collection

Four relics, including two bullets or lead pieces with teeth marks (likely caused by an animal rather than being what are sometimes called "hospital bullets") and two pieces of camp lead, that were recovered on the Spotsylvania battlefield and come from the collection of a Maryland relic hunter who stored everything that he found in small cardboard boxes that were carefully labeled with the location where they came from. I have included a photo of the original box, but this box is not included with the artifacts. The Battle of Spotsylvania was the second battle fought during Grant's Overland Campaign in 1864 and featured some of the most intense and bloody fighting of the war. This is the first time that these relics have been offered to the public for sale having come directly out of the relic hunter's estate. A provenance letter with the relic hunters name will be included.