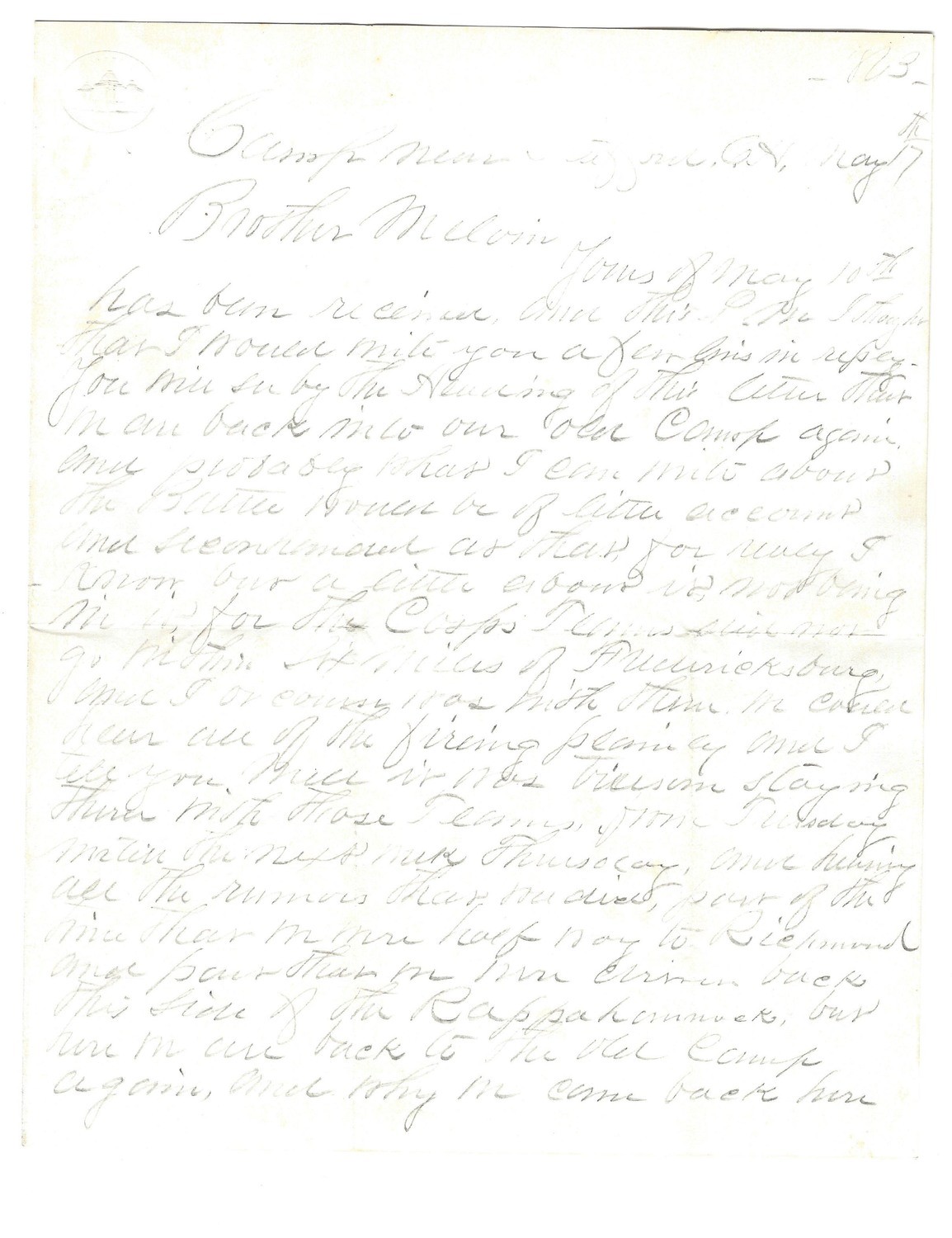 A four page letter (7 5/8 x 9 9/16 inch sheets, includes the envelope), written in pencil, on May 17th, 1863 from "Camp near Stafford Court House" by Norman Ray of Company B, 33rd Massachusetts. Shortly after the Battle of Chancellorsville, Ray writes to his brother (the following has been edited - you can read the complete letter in the attached photos of the transcript): "...probably what I could write about the Battle of Chancellorsville would be little account and second hand at that, for really I know little about it not being in it for the Corps teams did not go with six miles of Fredericksburg...I could hear all of the firing plainly and I tell you, Mel, it was tiresome staying there with those teams...and hearing all the rumors that we did - part of the time we were half way to Richmond and part that we were driven back across the Rappahannock...the greatest trouble there seems to have been was that we were fighting on ground that we knew nothing about; therefore, were at a great disadvantage. Gen Stoneman done great thing. His raid was one of the smartest that has been made since the war began. That beats the Rebel Gen. Stuart in any of his certain. But here we are and we are just as likely to stay here 3 months as 3 days...Probably there is no doubt but what Stonewall Jackson is dead this time sure enough - one the less to contend with if he is....our numbers are growing smaller. We may hear of that draft before long...We are still under the command of Gen. Howard. The papers say that the 11th Corps run and I suppose they did but thank heaven our brigade was doing guard duty at the time." There is also a second part of the letter (the 4th page) addressed to Sister Mary. Unfortunately, Ray would survive only another month after he wrote this letter - he died of disease.

The letter is in excellent condition. A database record for Ray and a typed transcript of the letter (the previous owner did this) are included.